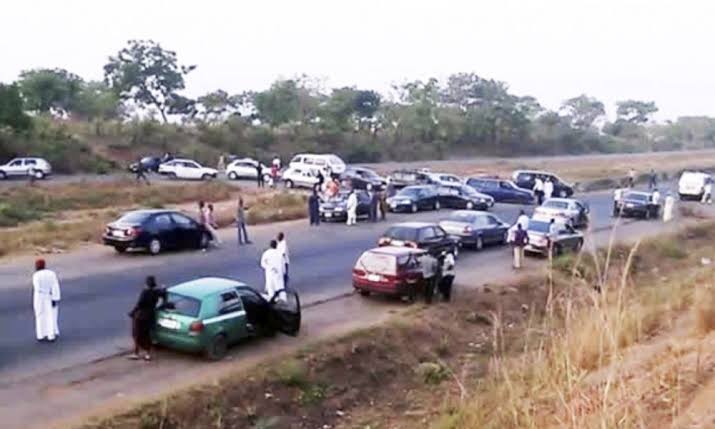 Youths protesting against kidnapping and banditry blocked the Suleja end of the Kaduna-Abuja Highway in Niger State on Monday morning, preventing vehicular movement.

The youths, mostly from villages adjoining the highway, were said to be protesting against the spate of attacks by bandits and kidnappers on their communities.

According to reports, the youths were angered by a fresh early Monday morning attack in the area during which at least 12 people were abducted in Gauraka town.

It would be recalled that a similar attack had occurred last week in Kwakwashi community where one person was killed and 13 residents were kidnapped.

Security Agents Are Mobilising Thugs To Attack Me In Court, Sowore Cries Out