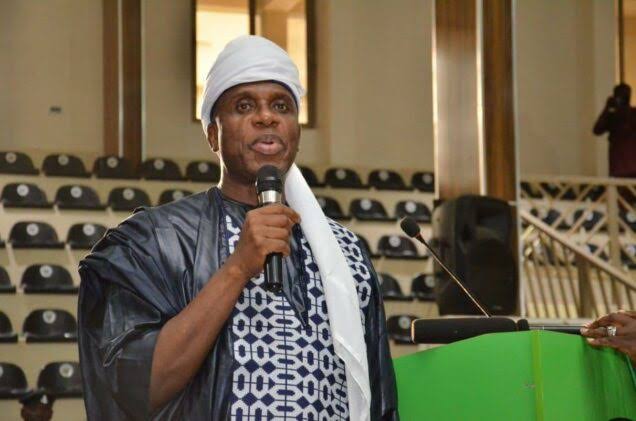 Governor Babagana Zulum of Borno State has confirmed that President Muhammadu Buhari will determine the presidential candidate of the All Progressives Congress (APC) for the 2023 general elections.

According to Zulum, who said this when a presidential aspirant on the APC platform, Rotimi Amaechi visited him in Maiduguri, the Borno State capital, irrespective of the competence of the APC presidential aspirants and the strength of their manifestos, the anointed candidate of President Buhari will most likely fly the party’s flag in the 2023 presidential election.

Zulum said Borno delegates have no preferred aspirant at the moment but the delegates will vote for a credible candidate based on the preference of the president and their convictions.

He said: “Borno State delegates will vote based on their conscience. But again, our leader, General Muhammadu Buhari, is very important in this political equation. We are still waiting for him to tell us what to do and we will follow. His advice is very important so we have to wait for his advice.

“Nigerians should pray for a good candidate to emerge irrespective of tribe, region or ethnic background but a candidate that will ensure the APC forms the central government come 2023,” Zulum remarked.

In his speech, Ameachi, who was accompanied by a former Chief of Army Staff, Lt. General Yusuf Buratai (retd.), and former Inspector-General of Police, Abba Suleiman, pleaded for the votes of the delegates from Borno in order to bring an end to insurgency and all forms of insecurity in the country as, according to him, he brought about peace, safety, security and stability being enjoyed today in Rivers State when he was the governor and he would do same if allowed to fly the APC flag in the 2023 elections.

He said: “When I was governor of Rivers State, Buratai was a brigade commander while Abba Suleiman was the police commissioner. We ensured we engaged the teeming and idle youths by giving them jobs that kept them from the street. By so doing we restores peace to the creeks in the state.

“I urge you, Borno State delegates, to vote by your conscience, to vote for me based on the belief that I will guarantee safety of lives and property in Borno, the North-East and the nation.”