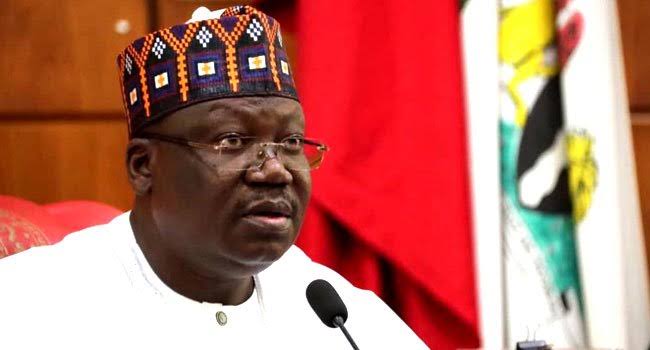 The Pan Niger Delta Forum (PANDEF) has condemned comments made by the Senate President, Ahmed Lawan over the restructuring consensus reached by Governors of the Southern states in their meeting in Asaba, the Delta State capital.

PANDEF, in a statement signed by its leader, Chief Edwin Clark and Senator Emmanuel Essien on Tuesday, said the comments by Lawan were irrational and provocative.

However, PANDEF, in the statement insisted on restructuring while advocating for a 2023 Southern Presidency.

The statement reads: “The Presidency must rotate to the south in 2023, at the end of President Muhammadu Buhari’s two tenures of eight years. It is non-negotiable, a Southerner must succeed President Buhari. Whether the Southerner would come from the South-South, South-East, or South West is a different matter entirely.

“The call on the National Assembly to accelerate the amendment of the Electoral Act, with the inclusion of provisions for electronic voting, before the 2023 general elections to guarantee free, fair, and credible elections. That anything otherwise would be unacceptable.”

Continuing, the group said it “Strongly condemned the irrational comments of the Senate President, Senator Ahmed Lawan, and the provocative expressions of some northern elements, against the decisions of the Southern Governors on Restructuring of the country, and the banning of open grazing.

“Restructuring is now not only a vital necessity but has become expedient for the survival of Nigeria.”