Home Scoop You Goofed! IPOB Says Man Arrested By Army Too Old To Be... 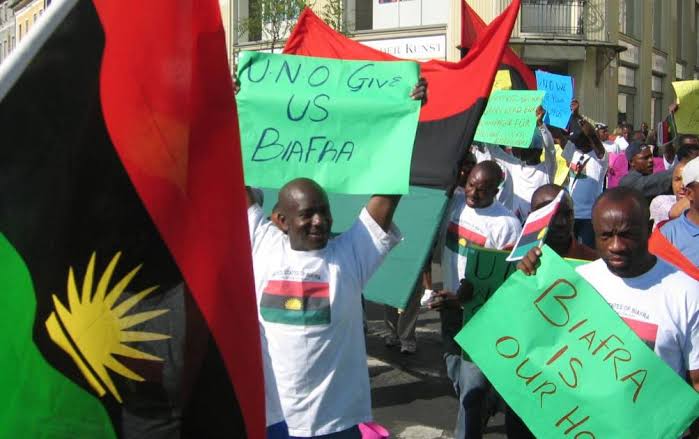 The proscribed Indigenous People of Biafra (IPOB) on Thursday picked holes in claims by the Nigerian Army that it has arrested another IPOB commander, who it also to be the second in command to late Ikonso.

According IPOB, in a statement by its Media and Publicity Secretary, Emma Powerful, the man arrested in Abia state is not an operative of the Eastern Security Network (ESN) as claimed by the Nigerian Army.

Powerful also insisted that the claims by the army is laughable, saying the man is too old to be recruited into the ESN and not the Second in Command to Ikonso.

He also argues that the arrest of innocent Biafrans and labelling them ESN operatives could not make the army overpower its gallant ESN operatives, adding that investigations revealed that the suspect had issues with his traditional ruler who gave his contact to the security agents alleging that he belonged to ESN.

The statement partly read: “The Indigenous People of Biafra (IPOB), ably led by our great leader, Mazi Nnamdi Kanu, read with utter amusement, media reports of claims by the Nigeria Army that it arrested Ikonso’s Second in Command in Aba.

“The said man is not an operative of ESN. Such a man is too old to be recruited into ESN let alone being Ikonso’s Second in Command.

“Our background check revealed that the said man had issues with his traditional ruler who gave his contact to the security agents alleging that he belongs to ESN. He is not our own.”

Junior Secondary School Girl Swept Away By Flood In Ondo

First Batch Of Nigerians From Ukraine To Arrive On Thursday – FG