Home Politricks You Are Missing The Point! Yakasai’s Bitter Truth To Gov Umahi, Other... 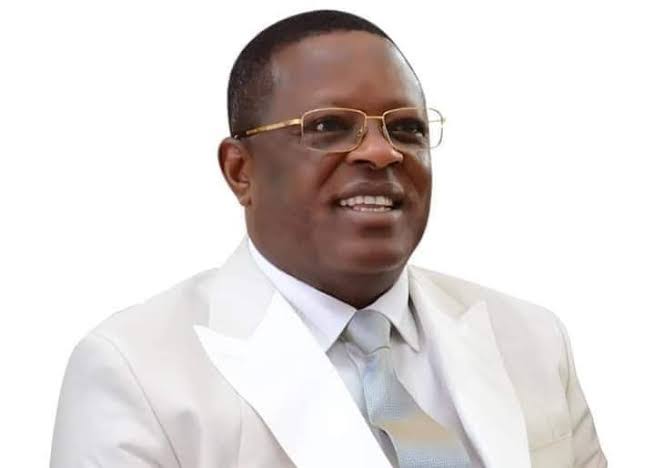 Salihu Tanko Yakasai, the sacked former Special Adviser to Governor Abdullahi Ganduje of Kano State, may not be a politician of great repute, he has however made headlines by reason of his frank talk, opinions, believed by many to be somewhat unexpected of a true party man and his courageous outspoken nature.

Yakasai, it would be recalled, was sacked by his boss, Governor Ganduje, for having the audacity to criticise President Muhammadu Buhari, who even Ganduje dread to speak ill of.

For calling out President Buhari over his now obvious monumental failure to curb the hydraheaded insecurity in virtually every part of the country, Yakasai, son of elder statesman, Alhaji Tanko Yakasai, was booted out of office by Ganduje, while the now overzealous operatives of the Department of State Services (DSS), had him picked up.

In his characteristic nature, the younger Yakasai, have again opened up on the race to the 2023 general elections, specifically the presidency and agitations by members of the ruling All Progressives Congress (APC) from the South-East geopolitical zone to produce the next Nigerian president.

Without denying the right of the South-East to produce the next president come 2023, Yakasai singled out Governor David Umahi of Ebonyi State, telling him pointedly that he would be missing the point if he defected to the APC from the Peoples Democratic Party (PDP) with the hope that the ruling party will zone the Presidency to the South-East for the 2023 general elections.

It will be recalled that Governor Umahi had hinged his defection on alleged marginalisation of the South-East by the PDP, believing that his new party will treat the zone better with his defection. He had also vehemently campaigned for the zoning of the presidency to the South-East since joining APC.

The younger Yakasai, who spoke as a guest on Arise TV on Friday, insisted that the potential presidential candidate of the APC is in the South-West and not in the South-East, a zone he claimed does not have the political number and candidate with national appeal and weight to pull votes across the country in the forthcoming elections.

He said: “Umahi should tell us if APC has promised him and other governors from his region if they are going to give power to them in 2023.

“That is a question that should be put to him (Umahi) because as far as I am concerned, I have not seen any indicator that APC is going to field any candidate from the South-East, to be frank, and candid.

“I do not have one preferred candidate from the South-West but there are some people that have the potential. There is a difference between indicating interest and then the ability to win the general election. You have to have someone that is a bridge-builder, you have to have someone that across the region can galvanise support, can galvanise votes and who is being seen as a nationalist, all these are indicators of who can win an election in 2023.

“There are a number of them. We have Asiwaju Bola Ahmed Tinubu; we have the Vice-President, Prof Yemi Osinbajo; and to some extent, Governor of Ekiti that is being put out there as a potential candidate. All these people are potential candidates that the party can go for; anyone of them.”

Though Governor Umahi and other die-hard APC members from the South-East, who are proponents of zoning of the presidency to the zone may choose to discontinuance Yakasai’s position, recent utterances from leading northern members of the APC, insisting that zoning is allien to the Constitution of the party, and as such the contest for the party’s presidential ticket should be thrown open to all, should at least be a pointer that defections, motivated by the 2023 presidency may after all be an exercise in futility.

One thing that has become crystal clear is that, without micro-zoning the presidency to the South-East for the 2023 general elections, the zone may face a monumental uphill task is clitching the ticket.

The reasons for the above are not far fetched.

One, the South-East, by reason its numerical strenght, lack the numbers to win an open free for all contest for the APC ticket, either through direct or indirect primaries in the party. Politics, to a large extent, is a game of numbers, either real or manipulated. This, no doubt, puts the zone in a gross disadvantaged position, making it to trail behind other zones in the country.

Secondly, most of the leading lights of the zone in APC are mostly people looked down upon with contempt even by their compatriots, making it difficult for them to galvanise the needed support across other zones. For them, their ‘prophethood’ lacks honour both at home and abroad!

Thirdly, and most unfortunately is the fact that the larger APC family do not seem to trust, not just their members from the zone but also the zone itself! This, no doubt is misplaced but nevertheless a major burden on the zone.

The activities of the seperatist movement, the Indigenous People of Biafra (IPOB), its militant arm, Eastern Security Network and off course, recent rampant cases of violent assault on security agencies and national assets, without much intervention from the political elites from the zone, may have helped in worsening the suspicion others have about the South-East.

Political leaders of the zone, from both the APC and the PDP, must do more than talking and agitating for the Presidency to be taken seriously. They must show commitment to the unity of the country, take practical steps to rein in youths of the zone and find a lasting solution to the current violence that has put the zone perpetually in bad light.

Though it is a given that other zones do have their own share of violence, if not even worse, but with a zone that has always been a subject of cruel suspicion, though wrongly, the South-East and its leaders, must do more to convince other Nigerians that they do not just merit the presidency but can keep the mandate and make the most of it for the good of all!

Toyin Abraham In Tears As ‘Oniduro’ Singer Makes Surprise Appearance For Her Birthday ...

And Okonjo-Iweala Resumes At WTO As First African, Woman DG

Omicron: New Travel Guidelines To Be Issued, As FG Waits For Canada To Name...

High Profile Nigerians, Businessmen To Be Prosecuted For Financing Terrorism