Home Scoop You Are Guilty! Kukah Tells Govt It Is Responsible For Escalating Banditry,... 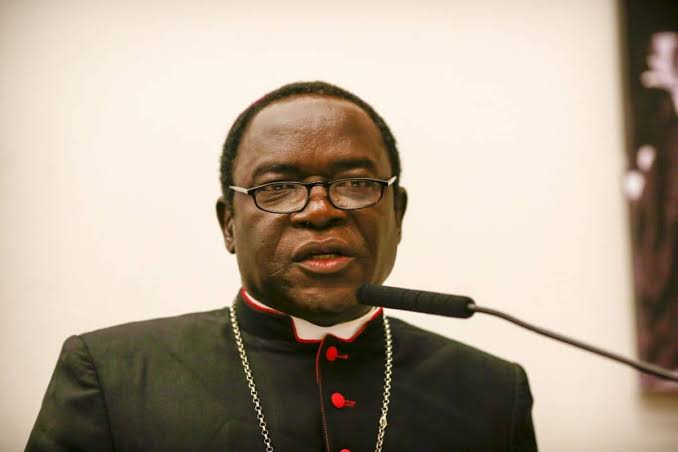 The Catholic Bishop of Sokoto Diocese, Bishop Matthew Kukah, has said the Nigerian government is to be blamed for the increased cases of banditry, kidnapping, terrorism and armed robbery in the country.

The clergy, who stated this in his Easter message on Sunday, noted that banditry and kidnapping are on the increase in the country because those in power pay more attention to rehabilitating bandits and kidnappers, instead of the victims of such crimes.

Kukah also expressed concern over the killings of security operatives and “helplessness” of the citizens, noting that Nigeria has become become a massive killing field, where both government and the governed look helpless.

He said: “Taunted by Boko Haram, ravaged by bandits, kidnappers, armed robbers, and other merchants of death across the nation, there is collective fear as to whether Nigeria’s glory is about to depart! Retired military and intelligence officers lament over what has become of their glorious profession as they watch the humiliation of our military personnel.

“Traumatised citizens are tortured daily by bandits. The nation has since become a massive killing field, as both government and the governed look on helplessly.

“A thick and suffocating cloud of desperation, despondency, desolation, gloom, and misery hangs in the hot air. We have no message and have no idea how long this will last. Our people seek solace and protection, but frustration and darkness threaten to drown them. Is their government on AWOL?

“Sadly, human life is haemorrhaging so badly in Nigeria, but the greatest tragedy is the death of empathy from those in power. Mysteriously, the government is investing billions of naira in rehabilitating so-called Boko Haram repentant members and their other partners in crime in the belief that they want to turn a new leaf.

“These criminals have waged war against their country, murdered thousands of citizens, destroyed infrastructure and rendered entire families permanently displaced and dislocated. Why should rehabilitating the perpetrator be more important than bringing succour to the victims?

“When kidnapped or killed, victims and their families are left to their wits. They cry alone, bury their loved ones alone. And our government expects us to be patriotic? The victims of violence need empathy, which the dictionary defines as the ability to understand and share the feelings of the other.”