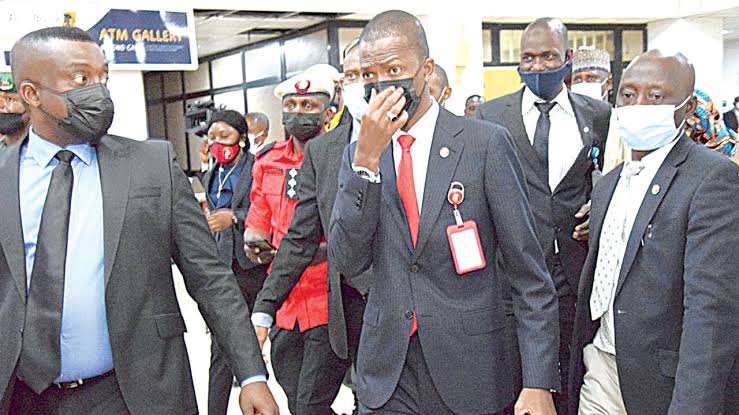 In what many may see as an ungrateful attitude, the Economic and Financial Crimes Commission (EFCC) has warned Nigerians to stop sending congratulatory messages to its Chairman, Abdulrasheed Bawa

In a statement on Tuesday by its spokesman, Wilson Uwajuren, the anti-graft agency said it has observed the increasing number of messages published in the print media by groups and individuals, congratulating Bawa on his well-deserved appointment as the Executive Chairman of the Commission. It however said the messages are inauspicious at this point in time and gradually turning into a distraction.

It urged his well-wishers to instead support him in prayers, and more importantly, provide credible information that will further the work of the Commission.

“He therefore appeals to all his admirers and well-wishers who might have the intention of demonstrating their love and support for him through paid newspaper advertisement to desist, and instead channel such resources to more worthy causes, such as making donations to Orphanages and Internally Displaced Persons, IDPs, camps”, Uwajuren said.

It’s Our Turn! CAN Youth Wing Clamours For Christian President In...