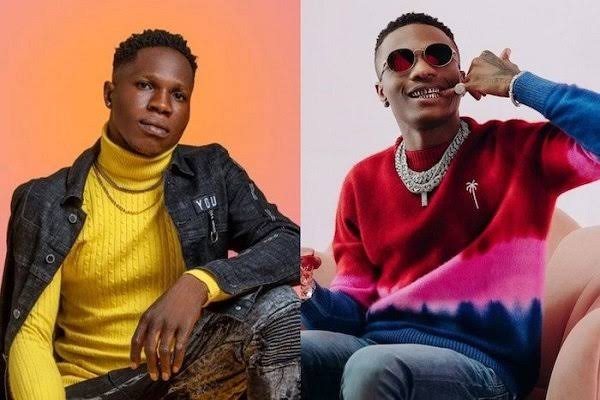 Freeme Digital, a Nigerian music distribution company has denied that one Hosea Yohanna, an upcoming artist with the stage name Wisekid, distributed an album titled ‘Lasgidi Made’ through its platform.

The denial is coming on the heels of allegations that Wisekid pulled a fast one on fans of Wizkid by uploading a replica of Wizkid’s Made in Lagos album on apple music, thereby diverting traffic to his music.

Reports also has it that the alleged impostor has been taking in N30 million monthly since embarking of the scamming, attracting over nine million streams with most streamers either not knowing the difference or clicked on his album in error.

Wisekid was said to have uploaded the replicated album in October 2020.

The upcoming artiste however defended himself, claiming that Freeme Digital has been the one distributing all his songs.

He said: “Pls I don’t want wahala oo .. I’m just an upcoming artist I know nothing about this and please am not the one distributing wizkid album on apple music.

“I have my company that distributes my music for me so I know nothing about this news spreading all over the internet. Thank u.

“I don’t know who did that oo. I just access my apple artist name I saw streams I just wanted to get people check me out nothing more oo.

“I didn’t share wizkid streams oo. I don’t know who did that oo” he added.

However, while reacting to the claim by Wisekid, Freeme Digital, in a statement denied distributing his music.

The company said: “It has come to our notice that an artiste by the name of “Wisekid” claims to distribute an album titled ‘Lasgidi Made’ with our organization.

“While it is true that he distributes some of his contents through our organisation, we will like to make it categorically clear that the said, ‘Lasgidi Made’ album was not distributed via our platform.

“We will be deleting the rest of Wisekid’s content on our platform and we have informed our legal team to immediately commence investigation on the issue and prosecute the matter to the full extent of the law.”

The action by Wisekid has been widely condemned by Nigerians on Social Media, especially staunch fans of Wizkid, who wondered how the upcomer was able to pull the stunt.

American Sex Worker Calls Out Davido For Failing To Pay For...

For The Records: Buhari’s Speech At The UN General Assembly In...