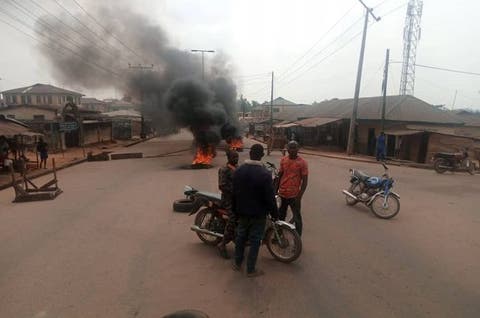 Residents of Isaba Ekiti in the Ikole Council Area of Ekiti State, have protested the killing of two farmers, Toyin Akeju and one Daodu by suspected herdsmen men on Friday.

The residents, comprising of youths, women and the aged, took to the streets on Saturday, chanted war songs, made bonfires and rained curses on the killers of the two farmers. Also vehicular and commercial activities were affected for most of Saturday while major roads in the community were blocked by the protesters.

A source in the Isaba Ekiti said: “The two victims went to the farm on Friday and they were killed there by Fulani herdsmen who had been terrorising the Ikole, Oke Ako, Irele, Ipao axes. The dead bodies of the two farmers were recovered from the bush on Saturday.”

Another source, who said the family, after waiting for the return of the two men from the farm on Friday, approached men of Amotekun Corps, who in turn initiated a search team alongside the local hunters and the police to the farm where they discovered their corpses with gunshot injuries on Saturday morning.

Lawyers In Imo To Boycott Courts Following Killing Of Magistrate

APC Is Not Ready For Campaigns, Structured For Governance – Melaye

Orbih Salutes Nigerians’ Resilence In The Face Of Adversity, Expresses Hope For A Better...