Home Scoop We Are With You! PDP NEC Passes Vote Of Confidence On Secondus 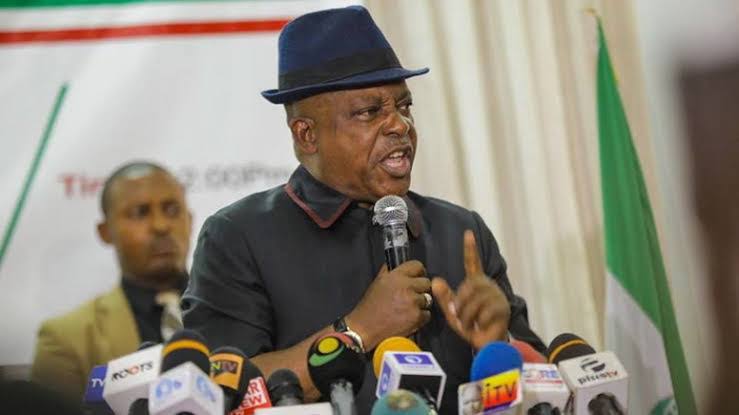 The National Chairman of the Peoples Democratic Party (PDP), got some respite on Thursday against calls for his resignation, as the National Executive Committee (NEC), of the party passed a vote of confidence on him.

According to a communique issued on Thursday and signed by the party’s spokesman, Kola Ologbondiyan, at the end of its 91st emergency meeting in Abuja, the PDP NEC threw its weight behind the Secondus-led National Working Committee (NWC), while calling on other party organs to do same.

The party’s NEC also insisted that the party is satisfied with the Secondus-led NWC as it has carried out the mandate of the party with a lot of transparency.

“With regard to the programmes of our party, NEC expressed satisfaction with the efforts of the NWC in preparation for the November 6 Governorship election in Anambra state and asserted its readiness to do everything possible, within the confines of the law, to win the election.

“NEC also received reports on the e-registration of members as the NWC announced the membership of the committee set up to conduct the exercise.

“Further nominations will be taken from the Board of Trustees, the National Assembly, Forum of State Chairmen as well as the youth and women demography of our Party.

“NEC further cautioned party members at all levels to be wary of agents of distractions and division while praising the effort of the NWC for being focused and purpose-driven in piloting the affairs of the party.”

Buhari Laments Funds From Mining Used For Criminal Activities – But...