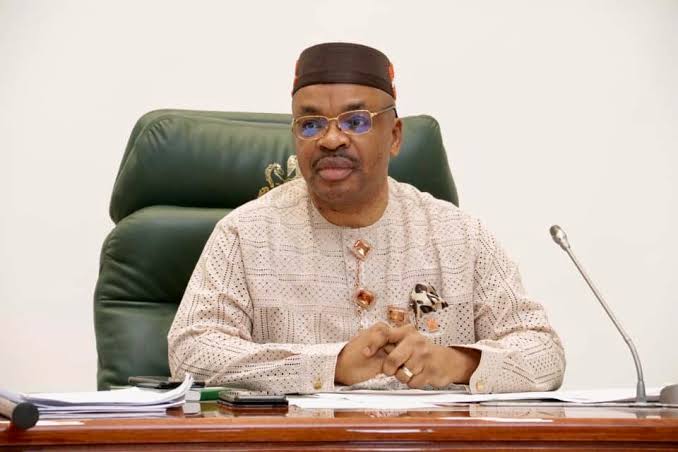 The Chairman of the Peoples Democratic Party (PDP) Presidential Campaign Organization, Governor Udom Emmanuel of Akwa Ibom State, has described as speculative reports that he was planning to resign as chairman.

There had been widespread reports in the media that the governor was planning to ditch his position as the chairman of the PCC over the non-release of funds.

Reacting to the publications in a statement on Wednesday, by the Publicity Secretary of PDP in the Akwa Ibom State, Borono Bassey, the governor said his position as PCC chair is a patriotic duty he owes to Nigerians who are anxiously awaiting for the incoming PDP administration to rescue them from the maladministration left by the APC.

The statement read: “On Tuesday, November 8, 2022, a wild retrogressive rumour to the effect that Governor Udom Emmanuel was considering resigning as Chairman of the PDP Presidential Campaign Council, made the rounds.

“The rumour, which is purely a product of speculative efforts of those who are averse to the enticing idea and beautiful prospects that Nigerians will enjoy under the Atiku/Okowa Presidency from 2023, is coming at a time when millions of Nigerians have admitted to seeing the higher chances of the PDP taking over the reins of power at the Center with His Excellency, Atiku Abubakar as President in 2023.

“Governor Udom Emmanuel has said that at no time has he ever contemplated resigning his position as Chairman of the PDP Presidential Campaign Council, that this is a Patriotic duty, he owes to Nigerians who are anxiously waiting for the incoming PDP administration to repair the all-round ruins left by the current administration.

“As a firm believer in the capacity and aptitude of Atiku Abubakar to tackle and address the myriads of challenges bedevilling our nation at this time, Governor Udom Emmanuel remains a frontline dogged, undeterred, focused and optimistic Compatriot in the collective match by Nigerians to rescue Nigeria and redirect her on a path of accelerated and collective progress and development.”

Who Is Lying? NNPC Says No Increase In Pump Price Of Petrol