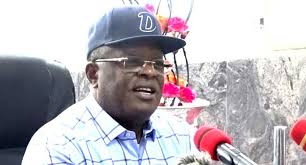 The people of Ezilo and Iyionu communities in the Ishielu Local Government Area of Ebonyi State were once again at each other’s throat in a renewed clash over boundary dispute that led to the death of two persons.

This was confirmed by Governor David Umahi on Tuesday after a Security Council meeting at the old Government House in Abakaliki, the state capital, expressing dismay at the role played by the councilor representing the area in the crisis.

According to him, the government committee working on the land dispute was on the verge of resolving the dispute having declared the disputed land as buffer zone.

“But the Councilor took some foreign investors to the land and this led to shootings during which two persons died,” he said, ordering the arrest of the councilor.

Umahi, who also said all herdsmen in the state had left before the recent herdsmen attack in the state, asking them not to come back for now as there is still tension in the state.

Methodist Bishops Call On Buhari To Tackle Hunger In The Land

108 Navy Impersonators Arrested After Police Raid On Training Camp In...