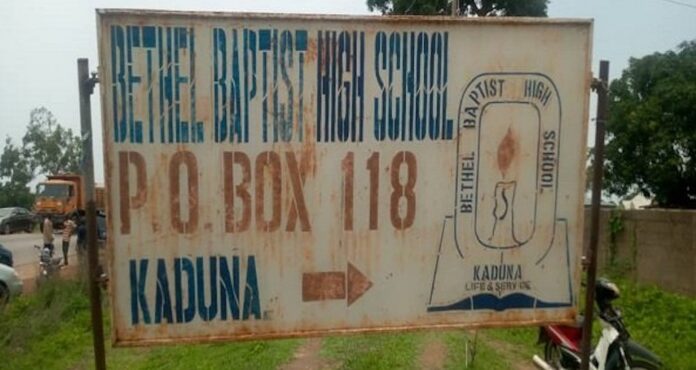 The police in Kaduna, on Wednesday, said two of the abducted students of the Bethel Baptist School in the Chikun Local Government Area of the state have been rescued.

NaijaNewsNow had reported that about 121 students of the school belonging to the Nigerian Baptist Convention, were abducted from the school by bandits.

According to the police spokesman in the state, Mohammed Jalige, the two students were rescued by police operatives in Rijanna area along the Kaduna-Abuja Highway.

Jalige, who disclosed this during a press briefing on Wednesday evening, said the students have been taken to a police medical facility where they are currently undergoing medical examination.

The police in the state had last week rescued one of the students inside a forest.

I Have No Regrets, Sanusi Speaks About His Sack As Emir...