Home Scoop #TwitterBan: Reno Omokri calls out Malami over use of VPN 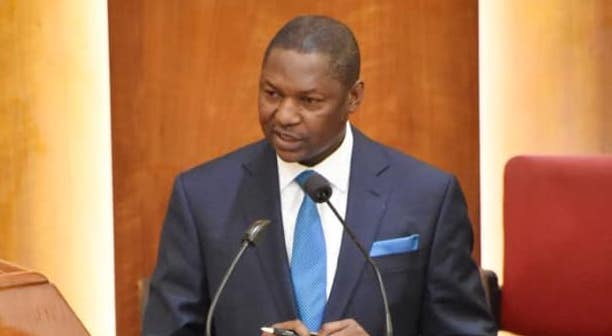 Nigerian human right activist and lawyer, Reno Omokri, has called out the Attorney General of the Federation, AGF, Abubakar Malami (SAN), over his use of Virtual Private Network (VPN) to access Twitter.

This was contained in a recent statement posted on activist’s Facebook page where he drew the attention of Nigerians to Malami’s violation of the order as captured in a screenshot shared by the AGF.

The Federal Government of Nigerian had banned the use of Twitter in the country, and vowed to prosecute defaulters.

According to Reno, the AGF should submit himself for investigation, stating that “Malami’s screenshot raised more questions than it answered.”

Meanwhile, former President of America, Donald Trump, has congratulated Nigeria amidst widespread criticism over the ban of Twitter.

Contrary to the views of many international bodies and leaders, Trump advocates for the ban of the microblogging site by more countries.

It’s All Your Fault! Catholic Secretariat Blames Past Election Mistakes By...