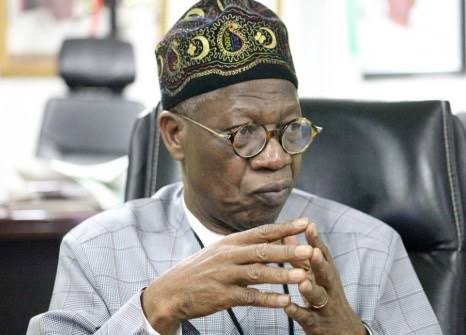 The Minister of Information and Culture, Lai Mohammed, on Monday said the Attorney-General and Minister of Justice, Abubakar Malami (SAN), has the right and the prerogative to prosecute anyone in the country who violates the suspension of the operation of Twitter by the Federal Government.

According to the minister the Pastor Enoch Adeboye, the respected General Overseer of the Redeemed Christian Church of God (RCCG) and his counterpart at the Deeper Life Bible Church, Pastor William’s Kumuyi are not exempted.

The Minister stated this while fielding questions on a BBC programme, Focus on Africa on Monday night, in reaction to Adeboye and Kumuyi, tweeting in defiance of the ban.

He said Malami had made it clear that anyone, no matter how highly placed, can be arrested and prosecuted.

It would be recalled that Adeboye had, earlier on Monday, taken to Twitter to post what he thought of the ban and insisted that in accordance with Article 19 of the UN universal declaration of human rights, he had not violated the ban

“The Redeemed Christian Church of God is domiciled in more than 170 Nations & Territories. The tweets here are in accordance to Article 19 of the UN universal declaration of Human Rights.”

Kumuyi, also on Monday, defied the ban, saying that tweets shared on his page are targeted at a global audience in more than 5 continents and over 100 Nations.

“In view of the Twitter ban in Nigeria, please note that the content shared on this handle is targeted at a global audience in more than 5 continents and over 100 Nations and we share the content from any of these locations,” the Deeper Life GO tweeted.

Speaking during the interview, Mohammed said: “The Attorney-General has made it clear that if anyone violates the regulation, that such person will be prosecuted.

“I think it is the right of the Attorney-General to decide who to prosecute.

“The government has suspended indefinitely, the operations of Twitter in Nigeria because of the persistent use of the platform for activities that are capable of undermining Nigeria’s corporate existence and the government

“The government has also directed the National Broadcasting Commission to immediately commence the process of licencing all social media operations in Nigeria.”

Insecurity: Father Mbaka Calls For Buhari’s Impeachment If He Fails to Resign

Fayemi Gives Dec 18 Deadline For Appointees With Governorship Ambition To...

Just In: Abuja Court Strikes Out Eight Charges From 15 Filed...