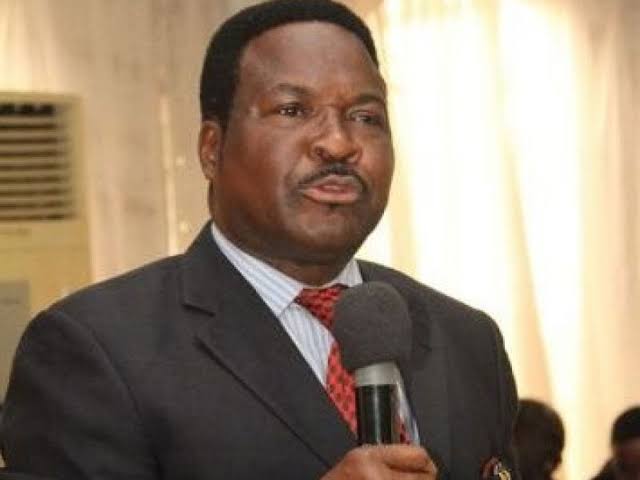 Human rights lawyer, Mike Ozekhome (SAN) has dared the Attorney-General and Minister of Justice, Abubakar Malami over his directive on the prosecution of Nigerians using Twitter, declaring that he should be prepared to build more prisons.

Ozekhome, who stated this in a statement on Sunday, also insisted that that Malami lacks the powers to make laws through his declarations or pronouncements and that only the National Assembly has the exclusive preserve to make laws in the country.

The humans rights lawyer also urged the Judicial Staff Union of Nigeria (JUSUN) to call off its strike to enable citizens challenge the excesses of the Federal Government in court.

Ozekhome said: “How I wish that Malami’s APC (All Progressives Congress) Government, has displayed such alacrity and sense of urgency on the grave insecurity challenges of the country; the parlous economy and the mounting corruption ravaging our land.

“It is crystal clear that neither Malami, the DPP, nor this government, can prosecute any Twitter user.

“Using Twitter is not a known crime or written offence. The NASS has not enacted any law banning the use of the social media, including Twitter. Mere verbal pronouncement, declaration, directives or threats by the Attorney-General, do not amount to a Law validly passed by the NASS.

“Any Nigerian arrested or detained should immediately proceed to the sub-regional West African Court situate in Abuja. The African Charter on Human and People’s Rights is there to protect the rights of citizens of Nigeria. The Court that operates it (the West African Court) is there right now, fully operational.

“We operate a constitutional democracy where things are done according to the Rule of Law and within our Constitutional organogram. We do not operate rule of the thumb or rule of men. It is always better to build strong institutions rather than strong men. My one kobo piece of advice to this clueless Government that spreads pains, agony, pangs and blood like manure on plants.”