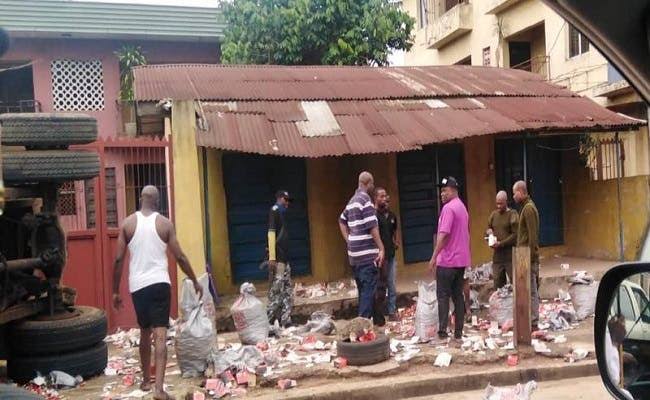 A truck loaded with live bullets has fallen in Onitsha, Anambra State on Sunday, leading to the arrest of the driver, while the conductor of the truck was said to have escaped.

According to reports, cartons of live bullets scattered on the road as the truck fell into a ditch and spilt its content.

According to a source, the incident happened on Awka Road.

“It was discovered by those going to the church early in the morning. The incident has attracted heavy security presence to the Awka Road Area and ShopRite axis of the city.

“The truck, a Mercedes Benz 911 model, was moving the goods out of Onitsha to a yet-to-be-identified location when the driver lost control before it skidded off the road and fell into a gutter”, the source said.

Also speaking on the incident, another source said: “The truck fell around 5am. The driver and his conductor after sustaining minor injuries tried to evacuate and conceal the contents of the truck but they could not do much before daybreak when some police operatives arrived at the scene and discovered the truck was laden with live bullets.

“The police called for backup and arrested the truck driver while his conductor escaped.”