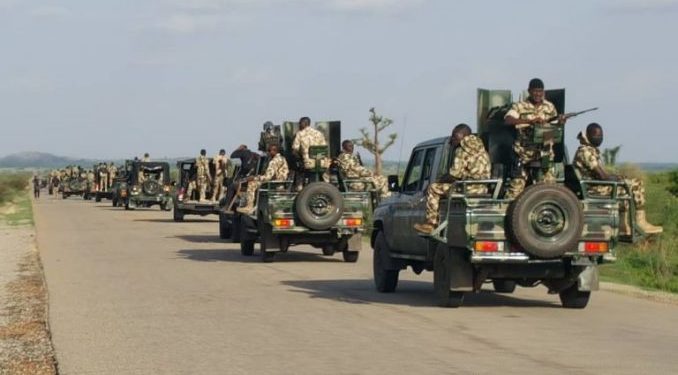 Combined troops of ground and air component of Operation Lafiya Dole have pushed Boko Haram insurgents who launched a heavy attack on Maiduguri, the Borno State capital on Tuesday evening.

The insurgents were said to have attacked Jidari Polo area of Maiduguri, shooting recklessly and throwing explosive devices in different directions.

The attack, which started around 5.30pm close to the break of the Muslim fast, caught other residents unawares as some of them were returning from markets or work.

Though no official statement has been issued by police and Army authorities, a security source revealed that there was a heavy re-inforcement of troops from Giwa military barrack, which is not far from the area of the attack, adding that the Air Force component of Operation Lafiya Dole was deployed to the scene, which helped in calming the situation down.

Entangled With Multiple Problems, Tanbuwal Predicts The End Of APC

Gov Masari On Warpath With Customs Over Killing Of 10 Residents...