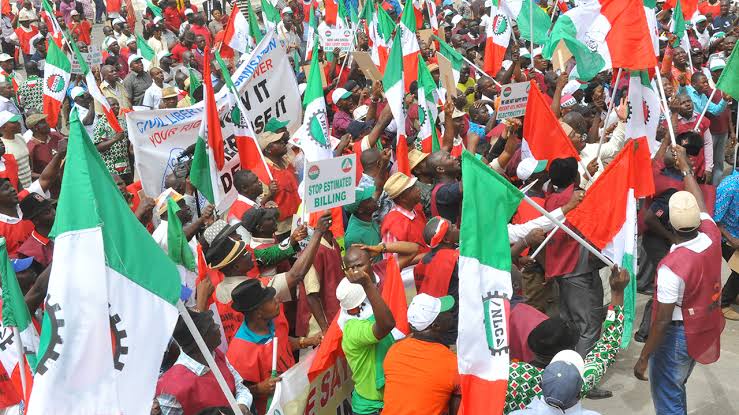 A protest by members of the Nigeria Labour Congress (NLC) against a bill to remove minimum wage from the Exclusive List to the Concurrent List of the Nigerian Constitution has led to serious traffic gridlock in the nation’s capital.

Hundreds of members the labour union are said to be marching to the National Assembly to demand for the withdrawal of the bill, thereby causing traffic logjam on the Shehu Shagari Way, with many motorists diverting to alternate routes to avoid being caught up in the traffic.

It would be recalled that the House of Representatives had about two weeks ago introduced the bill which according to the sponsor, Garba Mohammed (APC Kano), would allow both the federal and state governments to freely negotiate minimum wage with their workers in line with the nation’s federalism.

Positive Changes Not Possible With Those Who Have Been In Govt Since 1999, Olawepo-Hashim...

Terrorism: Buhari Asks Army To Do More In Intelligence Gathering