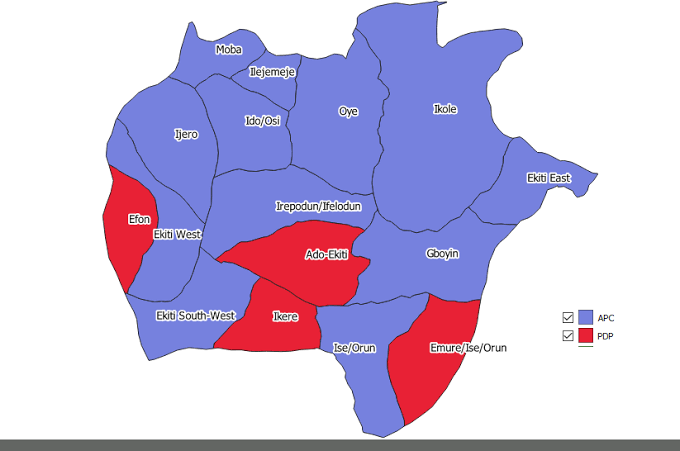 The Ekiti State Police Command on Saturday said it has arrested three suspects over the violence that characterised the Ekiti East State Constituency 1 by-election on Saturday.

The state Commissioner of Police, Tunde Mobayo said the suspected thugs were apprehended in their hideout and were being detained at the police headquarters in Ado-Ekiti, the state capital.

The state police boss, in a statement by the command’s spokesman, said: “Yes, three suspected party thugs have been arrested. They were picked up where they were hiding and are now being detained in our headquarters.

“Murder is a capital offence and the police won’t watch and allow anyone to take the law into his own hands. Nigeria is a nation being guided by laws. Just like we assured our people on Saturday, everyone who had hands in the killings will be brought to justice.

“I am assuring that all those that were arrested will be taken to court as soon as we conclude investigations and gather enough evidence.”

Four Arrested In Osun Over Abduction, Killing Of A Traditional Chief

No Law Stops Teachers From Enrolling Their Children In Private Schools, Akeredolu Clarifies