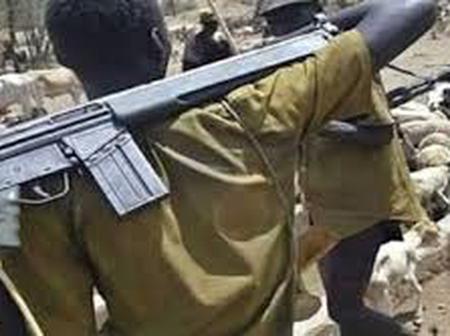 Three suspected killer herdsmen have been arrested by a joint security team including soldiers at their hideout at the university community, Abraka in the Ethiope East Local Government Area of Delta State.

The three suspects, arrested after few hours of gun battle with the joint security team, are said to be making useful statements that will aid the security agents to calm the area of incessants killings of indigenes and farm owners in the area.

It would be recalled that women, in their hundreds, had last Thursday barricaded the Abraka/Agbor/Asaba road following the killing of a staff of the university, his son and relation coming from their farmland by suspected Fulani herdsmen.

The Ethiope East LGA Chairman, Hon. (Pharm) Victor Ofobrukueta said the operation of the joint security team which led to the arrest of three suspected Fulani herdsmen was part of his assurance given to the protesters last Thursday.

According to him, the operation was a combine force between himself and the Ukwani local government Chairman, Hon. Ajede Possible with other security operatives from different formations that stormed the Abraka Reserve farmlands in search of the killer herdsmen, adding that the operation, which lasted over four hours with heavy exchange of gunfire between the suspected killer herdsmen and security operatives, resulted in the location their hideouts and arrest of the three suspects.

Burna Boy gifts $3000 to singer Hyzah who grabbed his feet...