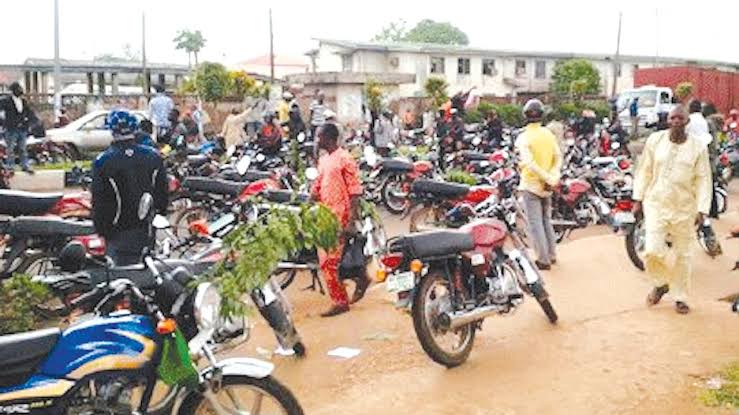 Tension took the centre stage in Karu, a satellite town of Abuja, the Federal Capital Territory (FCT), as commercial motorcycle operators took to the street in protest.

The protest, according to reports, forced many to stay indoors as the protesters were going about destroying vehicles and attacking innocent persons.

The riot, which started in the morning, also forced many churches in the area to lock their gates and asking their members to remain inside the church so as not to be caught in the crossfire.

Soldiers and police personnel, which reports say, have been deployed to the area to maintain law and order, battled the protesters who fought back with stones and other weapons.

Residents of Karu, Jikwoyi, Kurudu, Orozo, Karshi among other towns in the area are reportedly trapped, as residents and motorists have been asked to keep off the route until normalcy is restored.

The cause of the riot is not yet known as at the time of filing this report.

Tega’s Husband, Ajmoney Opens Up, Says He Is Broken Over Wife’s Behaviour In BBNaija...

Lai Mohammed Appeals To His Supporters In Kwara Not To Dump...