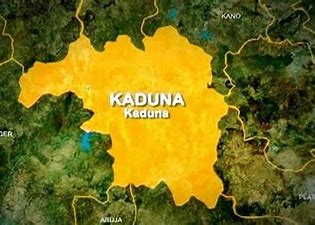 Terrorists, in the early hours of Sunday, attacked two churches, the Maranatha Baptist Church and the St. Moses Catholic Church, both in Kajuru Local Government Area of Kaduna State.

According to reports, three worshippers were killed while several others were abducted when the attackers in large numbers swooped on the worship places.

The terrorists were said to have shot indiscriminately as they approached the various churches, killing three while several others sustained injuries.

The Kaduna State Commissioner of Internal Security and Home Affairs, Samuel Aruwan, while confirming the attacks on the two churches on Sunday, said based on security reports made available to the state government, the bandits attacked worshippers and locals at Ungwan Fada, Ungwan Turawa, and Ungwan Makama in Rubu general area of Kajuru LGA.

He also said the terrorists looted some shops where valuable items were carted away.

Aruwan added that in Rubu village, the terrorists attacked worshippers in the Maranatha Baptist Church and St. Moses Catholic Church.

The Commissioner gave the identities of the worshippers killed to include Peter Madaki (Ward head of Ungwan Fada), Elisha Ezekiel (Resident of Ungwan Fada), and Ali Zamani (Youth leader of Rubu).

According to him, two worshippers were injured by the invading terrorists. He gave their identities to include one Aniro Mai, and a yet-to-be-identified woman while adding that “an unspecified number of locals were also kidnapped, according to the received reports.”

“On a sad note, security agencies have reported to the Kaduna State Government that bandits attacked worshippers and locals at Ungwan Fada, Ungwan Turawa and Ungwan Makama in Rubu general area of Kajuru local government area.

“According to the report, the bandits stormed the villages on motorcycles, beginning from Ungwan Fada, and moving into Ungwan Turawa, before Ungwan Makama and then Rubu.

“Two persons were left injured in the attacks; one Aniro Mai, and a yet-unidentified woman. An unspecified number of locals were also kidnapped, according to the received reports.

“The bandits looted shops and carted away some valuables from the villages”, Aruwan said in the statement.

He quoted the acting Governor Dr. Hadiza Balarabe to have expressed deep sadness and condemned the attack in the strongest terms when she received the report.

“She sent her sincere condolences to the families of the deceased victims, as she prayed for the repose of their souls,” the commissioner added.

PDP Crisis: Ayu Survives As NEC Passes Vote Of Confidence In Him