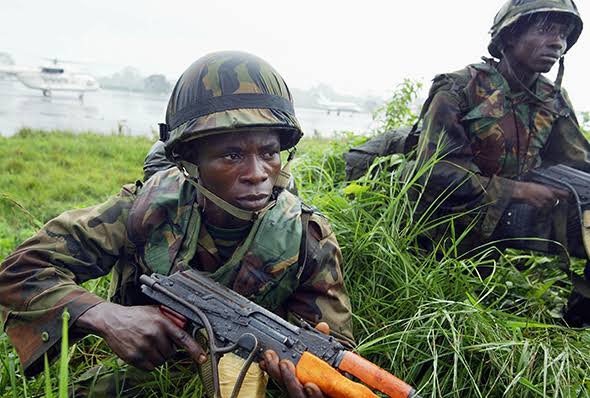 The Nigerian Army on Monday confirmed the death of four of its troops on Saturday during a clash with Boko Haram and Islamic State of West Africa Province (ISWAP) terrorists along the fringes of the Lake Chad and Tumbus.

The death of the soldiers was confirmed in a statement on Monday by the Director, Army Public Relations, Brig.-Gen. Mohammed Yerima, adding that the clash occurred when troops of Sector 3 Operation Lafiya Dole were on a clearance patrol.

“As they (troops) commenced the second phase of their operations and advancing along the Kukawa – Monguno road, about 14 kilometers to their base, they sighted BHTs/ISWAP gun trucks and swiftly commenced pursuit with heavy fire and deft manouver.

“Unfortunately however, 1 officer and 3 gallant soldiers paid the Supreme sacrifices while those wounded in action are currently receiving medical attention at 7 Division Medical Services and Hospital in Maimalari Cantonment.

IPOB Is a Product Of Injustice, Ohanaeze Replies Buhari Over Call For Group To...

Abe Drums Support For Direct Primaries, Says It Will Stop Short-Cuts To Power

Dicey? Adeboye Says He’s Not Sure There Will Election In 2023