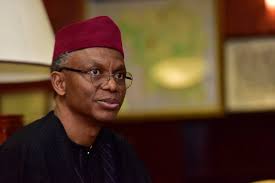 Students of the Kaduna State University who were protesting hike in their tuition fees, on Tuesday, blocked the road leading to the Government House.

The students were demanding that the state government reverse the increment which they claimed was meant to deny them western education.

The students, who have been protesting the hike within their school premises since last week, went a step further when they decided to take their grievance to the government doorstep.

The students had marched from their campus located along the Tafawa Balewa Way through Muhammadu Buhari Way (formerly WAFF road) and headed toward Government House before they were prevented by security operatives comprising the regular police and men of the Kaduna State Vigilante Group.

The protesting students however decided to sit on the main road, chanting solidarity songs such as ‘education must be free’, and ‘our school fees must be reversed,’ among others, while the Muslims among them also observed their afternoon prayers on the main road leading to the government.

One of the leaders of the protest, Ayuba Mohammed, said they were on their way to the government to submit a letter before they were prevented by security operatives.

According to him, the majority of the students are orphans and children of the poor who could not afford the fee increment, adding that failure of the government to reverse the increment will force many of them out of school.

He said: “It is unfortunate that our present leaders enjoyed free education during their days while in school but now they are trying to send the children of the poor out of school.

“We are pleading with them to have a rethink and reverse the tuition fee for the students of the poor to also acquire western education.

“Some of us are orphans and children of the poor who can not afford the fee.”

Trump Can Be Prosecuted For Role In US Capitol Riot, Judge Rules