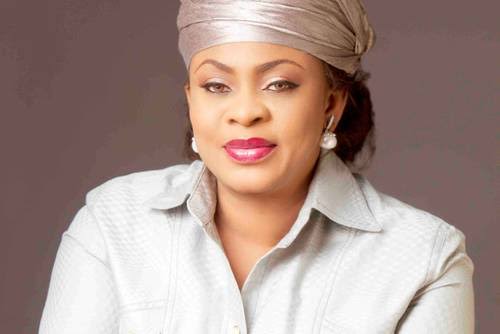 Reactions over the rape of the wishes of Nigerians by the National Assembly in rejecting the insertion of a provision for the electronic transmission of election results in the amended Electoral Act has continued to rage.

Nigerians, from all walks of life, have condemned the action of both the Senate and the House of Representatives, describing it as a rape on the wishes of Nigerians and an attempt to draw back whatever democratic gains the nation has made over the years.

For many, an approval by the National Assembly for a compulsory electronic transmission of election results could have enhanced the nation’s electoral process, making free, fair and credible elections more of a reality than the mirage that it is at the moment.

“It is outrageous that the APC-led Senate, in the bid to annex the Independent National Electoral Commission (INEC), sought to route a statutorily independent commission to the approval of the Nigeria Communication Commission (NCC) before conducting elections.”

The party further stated that what the Senators did was a direct affront and a defilement of the 1999 Constitution (as amended), which clearly conferred operational independence to INEC to conduct elections, free from interference and regulations from any other agency of government.

“The decision of the APC Senators, therefore, amounts to a suspension of the 1999 constitution (as amended) which is a recipe for crisis that could derail our democracy and destabilize our nation”, the opposition party said further.

However, a member of the upper legislative chamber, Stella Oduah, troubled by the backlash the rejection has generated, gave what may as well be a ‘dump’ excuse for abstaining from voting.

Oduah, a two term Senator and a member of the PDP, was one of the 29 Senators who abstained from voting for or against electronic transmission of election results.

Oduah, a former Minister of Aviation under the Goodluck Jonathan administration, represents Anambra North Senatorial District, in Southern Nigeria, whose governors had before now taken a stand on electronic transmission of election results.

However, Oduah, a member of the committee saddled with the Electoral Act Amendment Bill, in her wisdom, said she abstained from the physical headcount at the Senate on Thursday because of her membership of the Committee on the Independent National Electoral Commission (INEC).

Oduah, in a statement on Thursday said she refused to take part in the head count because she could not be seen rejecting the resolution her Committee had agreed on.

She said: “We took time to arrive at that decision at the Committee meeting and coming to Plenary to reject it will be unjust that was why I walked out.

“In as much as number is a very significant decider in Parliament, we should also take decisions having future projection and nation development in mind.”

For many Nigerians, who watched the charade that took place at the Senate leading to the rejection of the electronic transmission of election results, Oduah’s reason for abstaining was less than convincing.

It would be recalled that the Chairman of the Senate Committee on INEC, Senator Kabiru Gaya, despite being head of the panel that recommended electronic transmission, decided to tow party line by voting against it.

For Gaya, it was more important to tow the line of his party, the All Progressives Congress (APC), than sticking to a so-called committee recommendation.

In the same vein, Oduah had the opportunity to stick to the committee report by voting for electronic transmission, which is also in line with the position of her party, the PDP and her part of the country, the South.

It is even more surprising, that Oduah, who admitted in her statement that number is a decider in the parliament, chose to deny her party and the Southern part of the country her vote, just like 28 others did.

Maybe, just maybe, the 29 votes that abstained could have given the long suffering people of Nigeria something to cheer, if Oduah and her co-travellers who abstained, voted for electronic transmission.

Uzodimma Calls For Creation Of More States In The South-East

Igangan Attack: We Will Defend Our People, South-West Govs Vow