Home Scoop State Of The Nation: Obasanjo, Sultan, Others To Meet In Abuja, As... 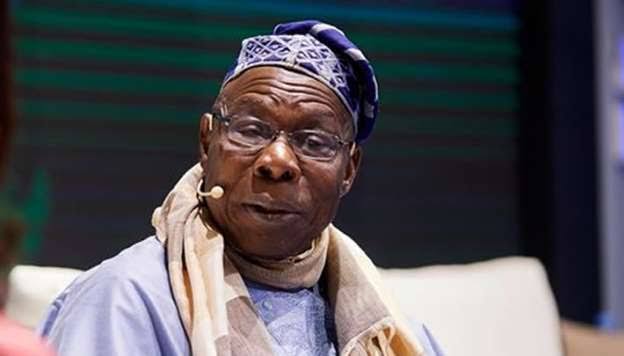 This is as a Yoruba group, Yoruba Appraisal Forum (YAF), on Tuesday, alleged that a former Nigerian President and some Islamic clerics are plotting to destabilise the administration of President Muhammadu Buhari.
The group further stated that the former leader and the clerics, have slated a meeting for Abuja for Thursday to perfect their plans.

The meeting, convened under the Convention for Goodness of Nigeria (CGN), a group comprising of Interfaith Initiatives, led by the Sultan and Onaiyekan, the National Peace Committee, led by Abdusalami Abubakar and the Socio-Cultural Committee, convened by Obasanjo, according to an invitation letter sighted by NaijaNewsNow, is billed to hold at the Transcorp Conference Centre, Abuja at 11am.

The letter, signed by Obasanjo and addressed to the President of the Nigeria Labour Congress (NLC), disclosed that the “exploratory meeting” is billed to address pressing issues bordering on national unity, security, peace, integration, the economy, amongst others.

The letter reads in part: “I am pleased to invite you, on behalf of Interfaith Initiatives for Peace, jointly led the Sultan of Sokoto, His Eminence, Mohammad Sa’ad Abubakar and His Eminence John Cardinal Onayekan, National Peace Committee, chaired by General Abdulsalam Abubakar and the Socio-Cultural Committee convened by me, and all these bodies called Committee of Goodness of Nigeria, CGN, to an exploratory meeting on pressing issues of national unity, peace, security, integration, economic revitalization and development, women and youth welfare and general progress.

“The meeting is scheduled to take place at Transcorp Conference Centre, Abuja on Thursday June 10 at 11 am.”

During a motorcade organised by YAF on Tuesday in Abeokuta, the group also alleged that the former president, who it did not name, and members of his group, have resolved to fund the self-styled Yoruba freedom fighter, Sunday Igboho, in his campaign for an independent Yoruba nation.

Speaking during the motorcade rally, YAF’s National Coordinator, Adesina Animashaun, who led hundreds of other YAF members and residents during the motorcade, said: “It has come to YAF’s notice that a disgruntled former leader of this country and other politicians, working in collaboration with their allies in other parts of the world, have begun some clandestine meetings in one of the South-West states, with the ultimate objective of undermining and bringing down the incumbent administration of President Muhammadu Buhari, out of sheer malice.

“YAF has identified these disgruntled leaders, particularly a former president of the country, some Northern clerics and some politicians in the South-West and other parts of the country as the core and nucleus of these group of unpatriotic leaders plotting against President Buhari.

“YAF makes bold to tell all Nigerians that this group of disgruntled leaders has concluded plans to hold a meeting in Abuja, the Federal Capital Territory on Thursday, June 10, 2021 to finetune the strategy for their plots for the removal of the President Muhammadu Buhari-led administration from power.”