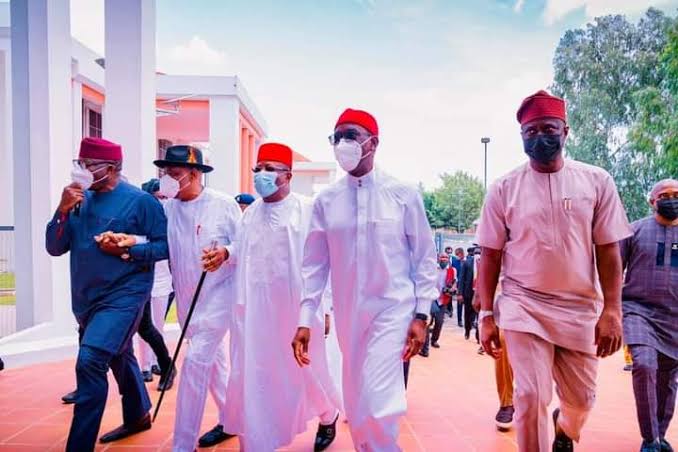 Speakers of Southern States Legislatures have thrown their weight behind the Southern Governors Forums’ resolutions banning open grazing, call for national dialogue and restructuring of the federation amongst other demands.

The Speakers, in a resolution signed by the Speaker of the Delta State House of Assembly, Sheriff Oborevwori, in Asaba, commended Southern Governors for coming together to speak with one voice.

The Speakers also agreed that the resolutions of the Southern Governors were pathways to resolving the problems facing the country.

They said: “We, the Speakers of State Legislatures in Southern Nigeria commend the Governors of the Southern States for their patriotism and firm belief in the unity of the country.

“We salute the Governors for their initiative and restate our support for the positions of the Governors. We wish to state unequivocally that the issues canvassed in the communique are neither new nor strange, rather they require swift response from the Federal Government.

“The country is currently undergoing very challenging times and requires bold and audacious measures to stop it from sliding into abyss.

“We maintain that the positions of the Governors as contained in the communique issued on the 11th of May, 2021 in Asaba are sacrosanct and a guarantee for justice, fairness and equity in the country.

“We adopt all the positions in the communique and reiterated the call for the ban on open grazing of cattle in the South.

“We support the call for the restructuring of the country to enthrone true federalism and therefore the convocation of a National Dialogue is inevitable.

“That this will afford stakeholders from all parts of the country to table their prejudices and together work out a sustainable relationship as one indivisible country.

“We pledge to deploy our legislative powers to strengthen the positions canvassed by the Governors.

“We also urge the Governors to send bills to the Legislature where necessary to address some of the issues in the communique.

“Finally, we thank His Excellency, Senator Dr. Ifeanyi Okowa, the Governor of Delta State for providing the platform for the meeting of the Governors”.