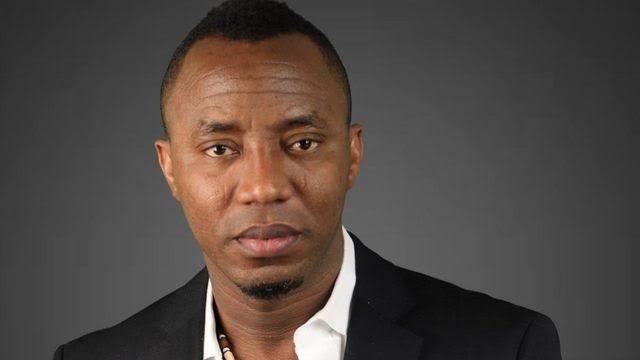 The position of Sahara Reporters publisher, Omoyele Sowore as the National Chairman of the African Action Congress (AAC) has been revalidated.

The National Executive Committee (NEC) of the party, at its meeting in Abuja, insisted Sowore was never suspended or expelled.

It will be recalled that a faction of the AAC led by Dr Leonard Nzenwa, had expelled Sowore from the party for using it as a platform to mobilise for his revolution against the Federal Government and other anti- party activities.

The party however said in a communiqué issued at the end of the its NEC meeting that the continuous recognition and dealings with party usurpers in contravention of the constitution of the AAC by the Independent National Electoral Commission (INEC) is a departure from the Electoral Act.

The party, in the communiqué, also demanded the “recognition of Omoyele Sowore as the National Chairman of the African Action Congress and other National Officers who were elected along with Sowore at the Lagos Convention by INEC.

“Stoppage of efforts to remove State Chairmen of the AAC across the country and a clear memo to this effect should be sent to all Resident Electoral Commissioners (RECS). INEC must stop Its unprincipled and unnecessary meddlesomeness in the party”.

Acting President? Buhari Says Osinbajo Is In Charge As He Embarks On Medical Trip...

Burn My Body When I die, Femi Says, Insists Cremation Is...