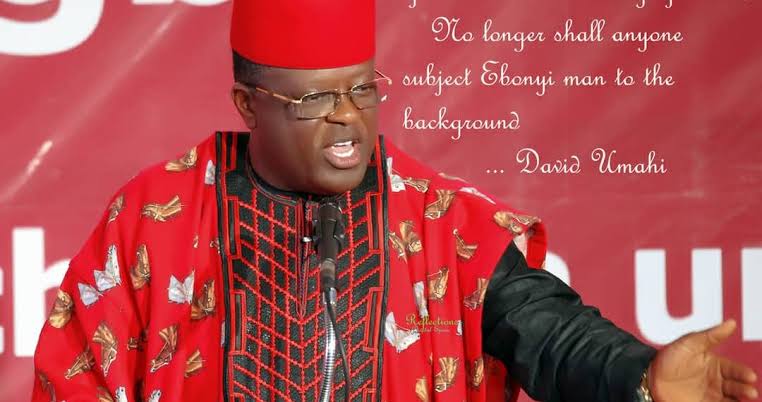 Ebonyi State Governor, David Umahi on Wednesday said bandits and not the Indigenous People of Biafra (IPOB) are responsible for attacks in the South-East in recent times.

The governor, who spoke as a guest on Channels Television’s ‘Sunrise Daily’ programme on Wednesday morning, however said the governors of the South-East will not back illegality in any form but will operate within the context of the law.

According to him, the regional security outfit, Ebubeagu, recently launched by the South-East governors was not formed in a hurry, adding that it is the only recognised security outfit in the region.

He said: “Of late, we have bandits that are doing a lot of evil and say that they are Eastern Security Network. They commit a lot of crimes and say that they are IPOB and later IPOB will say they have no hand in it. This is what is going on. We will not allow illegality to thrive in our land. Conflict will not resolve conflict.

“Ebubeagu is to protect the lives of everyone in the South-East.”

The Ebonyi governor also blamed some politicians for the insecurity in the country.

“A lot of people want to get to the top by all means and they hire bandits who go to burn police stations, kill people and they come out to say that they are IPOB, they are not IPOB, they are just criminals being hired by people.

“The truth remains that the country is going into extreme politics, it is easier to make money in politics, blackmail people and so, we have departed from the culture of hard work,” he said.

Again, Umahi Defends IPOB, Says It Is Not Behind Attacks In South-East

‘I want to Explore My Options’, BBNaija’s Yousef Explains Why He’s...