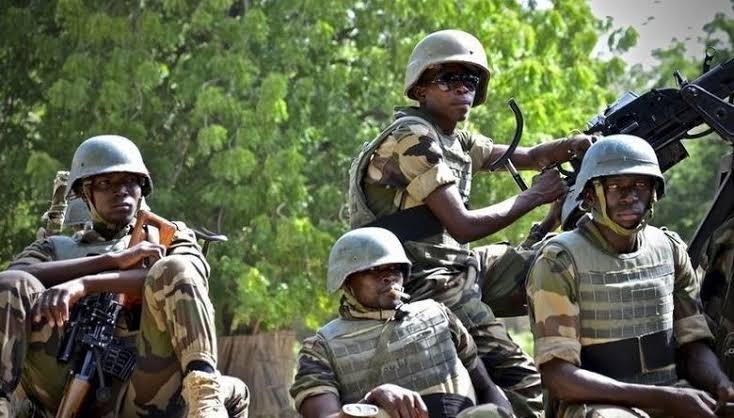 According to reports, while Adzer was arrested, Kwanghbo escaped with AK-47 rifles through the back door of his palace when soldiers stormed the palace on Saturday. The soldiers were said to have stormed their palaces based on intelligence report.

Chief Kwaghbo was said to have escaped when he heard that his counterpart had been arrested and the soldiers were told that he was in possession of six AK-47 rifles allegedly being used for perpetrating crimes in both Benue and Taraba states.

“Troops swooped on the houses of two persons discovered to be district heads in Ukum Local Government Area of Benue State on Saturday and some arms and ammunition were recovered,” a military source said, adding that one AK-47 rifle, one magazine, 20 rounds of 7.62mm ammunition, one locally made mortar tube and one vehicle were recovered from Chief Utambe Adzer.