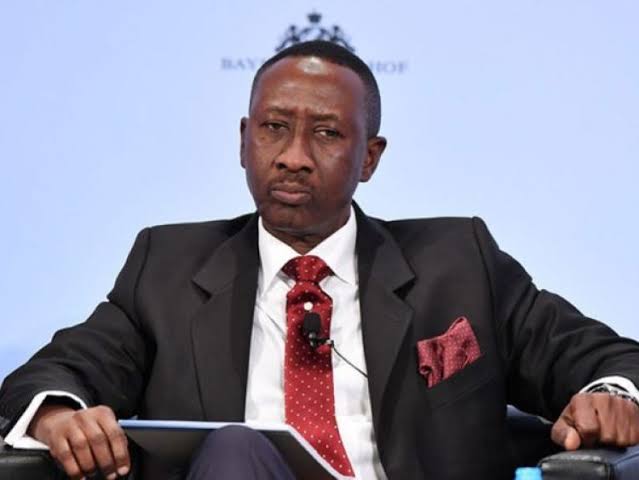 In what maybe an after thought, the National Security Adviser (NSA), Babagana Monguno has recanted on his allegation that funds meant for the purchase of arms went missing under the former service chiefs that resigned their appointments recently.

Monguno, in an interview with the BBC on Friday, had alleged that $1bn funds meant to purchase arms to tackle insurgency during the ex-service chiefs’ tenure got missing.

“The President has done his best by approving huge sums of money for the purchase of weapons, but the weapons were not bought, they are not here. Now, he has appointed new service chiefs, hopefully, they will devise some ways”, Monguno said in the interview.

Monguno, in a statement by his office later on Friday, said he was qouted out of context. Admitting that he granted the BBC interview, however denied saying funds meant for the purchase of arms had gone missing.

“We would like to state that the NSA was quoted out of context as he did not categorically say that funds meant for arms procurement were missing under the former service chiefs as reported or transcribed by some media outlets from the BBC interview.

“During the interview, the National Security Adviser only reiterated the Federal Government’s commitment to deal decisively with insecurity and stated President Muhammadu Buhari’s continued commitment to providing all necessary support to the armed forces, including the provision of arms and equipment”, the statement said.

I will Be The Courageous Leader Nigeria Needs – Tinubu

Bus Load With Passengers Plunge Into Carnal In Lagos

PDP Mocks APC Over Convention, Says Its Inability To Hold It Speaks Volume About...

Buhari Felicitates With Actor Olu Jacobs As He Turns 80