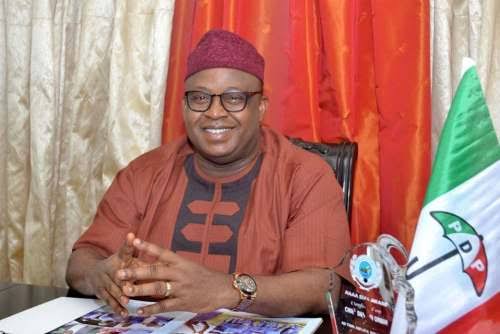 The emergence of Chief Dan Orbih as the National Vice Chairman of the Peoples Democratic Party (PDP) has been applauded by the Deputy Governor of Edo State, Phillip Shuaibu, describing it as a great chance for the South-South geopolitical zone to be relevant in the politics of 2023.

Shuaibu stated this on Monday when he paid Orbih a visit at his Benin home, describing his election as historic. He also added that it was a thing of a pride and God’s ordination that Orbih was elected for the purpose of rearranging the destiny of Niger Deltans.

“We thank our brothers from Delta State and also brothers from other states that make up South-South for deeming it fit that our own son would be returned as the National Vice Chairman and Chairman in charge of the zone.

“Everybody is now talking about the presidency and the coming elections but you’ll observe that South-South is a bloc, and we in the South-South can determine what happens in the next presidential election.

“Because when you check the political structure that is in place in the South-South now, it’s a bloc and anybody that wants to ignore that bloc is not a politician and is not ready to gain in the next government come 2023.”

Corpse Of Abducted Lagos Based Pastor Found By Road Side In...