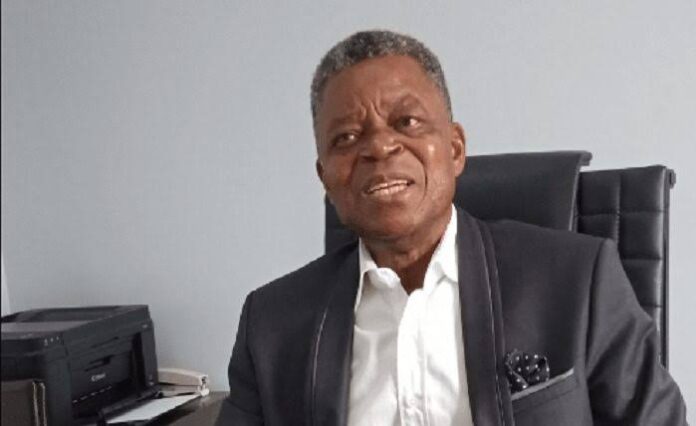 The Chairman, South-East Security Committee, Major General Obi Umahi (retd.), has resigned his appointment, citing lack of funding and provision of office for the committee.

Gen Umahi was appointed Chairman of the committee by the South-East Governors’ Forum on August 31, 2019, with a mandate to the committee to draft a framework for the establishment of a South-East joint security outfit to cater for the security needs of the zone.

The formation of the joint security outfit was however delayed, apparently due to disagreements among the governors.

Gen Umahi, in his resignation letter dated June 4, 2021, titled, ‘Resignation as Chairman South-East Security Committee – Ebube Agu’, disclosed that his committee was never funded while no office was provided for them throughout the duration.

The letter read in part: “On 11th April, 2021, SE governors announced the formation of Ebube Agu at Owerri. Subsequently, the draft legal framework produced by the 21-man Committee was reviewed by SE Security Committee members and the Attorney Generals of the five SE States to suit South East Ebubeagu Security outfit.

“The SE Security Committee thoroughly prepared and submitted the modalities, including the structure, for the take-off of Ebube Agu to the Governors’ Forum during the security of South-East Governors’ Forum, attended by the President General of Ohanaeze Ndigbo Worldwide and some other Igbo leaders, a request that Ebube Agu should be jointly rolled out as a matter of urgency and also funded by the governments of the five South-East states. From inception to date, SE Security Committee was never funded at all in any capacity and not even an office space was provided.

“I respectfully request that Your Excellencies kindly permit me to resign my appointment as the chairman, SE Security Committee. In the spirit of my love to serve Ndigbo, I can assure you that I will always be available to advise on the success of Ebube Agu at no cost.”

The South-East has lately become the epicenter of daily violent attacks targeted at security agents and their facilities and other government buildings by hoodlums that have been christened as unknown gunmen.

Not In The League! Fayose Faction Says Oyinlola Not qualified To...