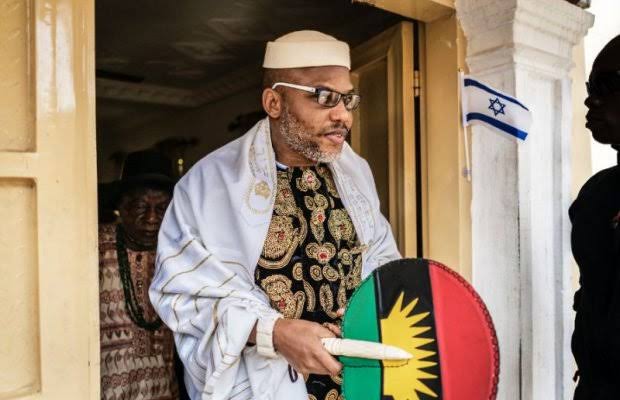 The Nnamdi Kanu led Indigenous People of Biafra (IPOB) in a bid to secure the recognition of the independence of Biafra by world powers, has paid a US lobbying firm the sum of $350,000 for their services.

The proscribed seccessionist group reportedly paid BW Global Group (BWGG LCC) the money to lobby for the support of US government and those of Britain, France, China, Russia, Israel, Germany, Australia and the European Union in the agitation.

Confirming the transaction, Kanu said the move was to see to the smooth sailing of the agitation for Biafra’s independence in the eyes of the wider world.

Also the Media and Publicity Secretary of IPOB, Emma Powerful, in a statement on Wednesday, said the group contracted the firm to help secure the support of the world powers.

“It’s true that our Supreme and indefatigable leader, Mazi Nnamdi Kanu, has hired another lobbying group in the USA to facilitate the coming and recognition of Biafra independence.

“We engaged them with the wholesome amount of $350,000 to lobby for Biafra freedom in America and the whole world”, Powerful said, adding that the deal was signed in February

Nwaoboshi Formally Notifies Senate Of Defection, As Two Other Senators From...

IGP Orders Investigation Into Claims By Portable That He Formed 1M...