Home Scoop Secession: We Have No Agreement With You, South-South Leaders deny Buhari 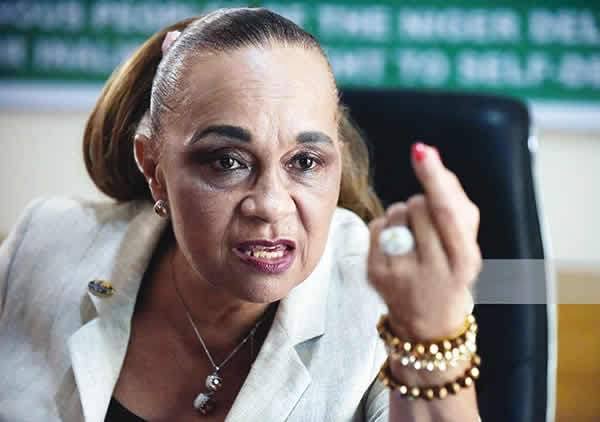 Some leaders in the South-South geo-political zone have denied that the zone gave any assurance to President Muhammadu Buhari over agitations for secession in South-East being championed by the Indigenous People of Biafra (IPOB).

The leaders also condemned the President over his “dot in the circle” statement and his claim that some South-South leaders assured him they wouldn’t let the Igbos access the sea.

It would be recalled that President Buhari had, during his interview with Arise TV, described IPOB and by extension the Igbos “a dot in the circle”, adding that he had assurances from elders and youths from the South-South geopolitical zone that they will not secede.

The leaders, in the Zoom conference anchored by Maazi Tochukwu Ezeoke, lamented what they termed “the divide and rule” tactics of President Buhari, saying it was a ploy to cause disaffection between the South-East and their South-South siblings.

While speaking during the conference, Briggs noted that it was offensive for the President to refer to a people that have an identity as ‘a dot in the circle’.

“It doesn’t matter if the Igbo, Ijaw, or the Itsekiri are only 10 people or 100,000 people. You don’t refer to them as a dot in the circle. That already shows very clearly the mindset of the person of President Buhari,” she said.

On President Buhari’s claim that some South-South leaders assured him that they would not align with the Igbos, she said: “First of all, I don’t even recall any access or non-access to the sea during the onslaught of the Civil War.

According to her, those who gave Buhari assurance do not represent the region, and therefore, spoke to give him pleasure because he (Buhari) is attempting to divide and rule both the South-South and the Southeast.

She further said that IPOB and the Igbo people are not the same, affirming that the ties between the Niger Delta and the Igbo remain ever strong.

Also speaking at the Zoom event, former Managing Director of DAAR Communications PLC, Dr. Don Pedro Obaseki, said the South-South and the South-East are united in the struggle for survival against the existential threat of the Buhari-led administration.

He said: “The President himself has posed himself as an existential threat to the Nigerian nation and ethnic nationalities that populate the space.

“There are 65 ethnic nationalities as defined by some of our leaders in the entire South-South and the man comes on public television and says he speaks to two elders, and some youths. It is laughable.”