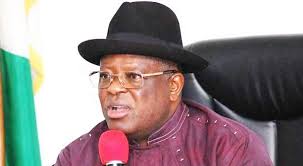 Scores of residents of villages in Ebonyi State have been reportedly killed and properties worth millions destroyed after gunmen, suspected to be Fulani herdsmen attacked the communities.

According to reports, a village in Ngbo community in Ohaukwu Local Government Area of the state was worst hit by the attack believed to be the handiwork of Fulani herdsmen who were said to have vowed to sack the community over the killing of some of their members and the rustling of their cows.

A resident of the community was qouted as saying: “The Fulani people came into the village very early in the morning and started attacking people. They caught us unawares and killed many people. They also set fire to many houses and burnt properties. They said they were revenging the killing of their members and stealing of their cows by some youths in the community.”

Also confirming the attack, a security personnel qouted anonymously, said: “The attack is unprecedented. It affected many villages like Ebele village in Umuogodoakpa Community as some victims of the incident are presently taking shelter in the homes of some stakeholders.

“But the worst hit is the Ngbo community in Ohaukwu LGA where many people were killed. We have not apprehended any culprit as they all escaped after causing such havoc.”

US Ready To Defend Taiwan ‘Militarily’ If Attacked By China –...

Playing The Big Brother? Buhari Reveals Why He Devotes Much Attention...