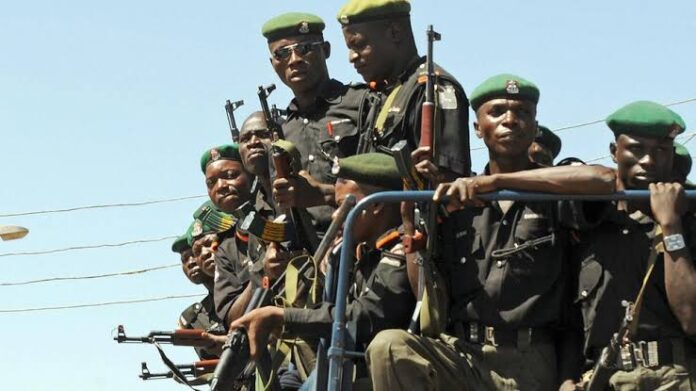 The Zamfara State Police Command, on Monday, said they have successfully repelled and foiled an attack by bandits at the Dogon Larga community of Bakura Local Government Area of the state.

The state police spokesman, SP Mohammed Shehu, stated this in a statement, adding that the operation, which took place on Sunday afternoon along Gusau-Sokoto road, resulted in the killing of many bandits who engaged the police in a shoot out for about four hours.

According to Shehu, the bandits had planned to rob passengers of their belongings but were quickly repelled by police tactical operatives deployed to safeguard the road against any attack by armed robbers and bandits.

The statement reads: “Our gallant officers were able to repel the bandits who were planning to rob innocent passengers plying the road on Sunday.

“Many of the bandits were killed in the shoot out that lasted over four hours, while others were seriously injured; some of them are believed to have escaped with various degrees of gunshot injuries.

“Corpses of the bandits killed have been properly taken care of by the police command and the roads are now safe for motorists and passengers.

“Tactical operatives, including special forces personnel are still combing the surrounding forests to ensure that the fleeing bandits were either arrested or killed.”

Those Who Burnt My Farm Will Be Fished Out, Prosecuted, Obasanjo Vows