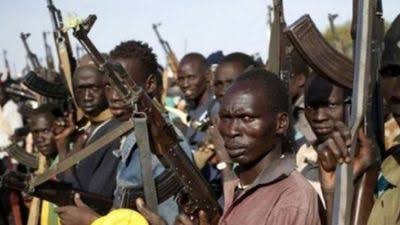 The police in the state however repelled further attacks after they moved to confront the bandits, neutralising six of them.

The spokesman of the state police command, Isah Gambo, who disclosed this in a statement, said bandits, riding in a convoy of motorcycles, attacked Wurma and Yarbudu villages in Kurfi Local Government Area of the state.

Gambo further stated that the attack on Wurma village was successfully repelled by a team of Mobile Police personnel operating along the Wurma axis who engaged the hoodlums in a fierce gun battle.

“One of the bandits was neutralized and a motorcycle was recovered in the encounter while scores of them escaped with gunshots wounds.

“Similarly, the Dutsima Police Area Commander led the police troop in the area to block the escape route of the bandits operating at Yarbudu village and equally engaged them in a gun duel in which five of the bandits were neutralized and five motorcycles recovered from the bandits.”

Enticing! Students Studying Education In Public Universities To Get N75,000 Per...