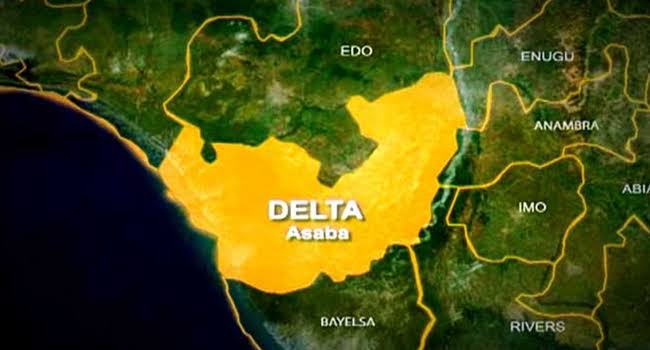 A middle-aged man simply identified as Akpokpokpo has been arrested by a vigilante group in Amukpe area of Sapele, Sapele Local Government Area of Delta State for allegedly raping and impregnating his own teenage daughter.

Akpokpokpo was also accused of being the biological father of a three month old baby being carried by the abused daughter.

According to reports, the suspect had carnal knowledge of his daughter named Mercy Akpokpokpo, which resulted in pregnancy and birth of a three month old baby. He was also said to have threatened to kill his daughter if she opened up on the issue to anyone.

Mercy however reported the matter to the vigilante group in Amukpe on Friday, August 27, 2021 when she could no longer bear the shame in silence, leading to arrest of the suspect.

During interrogation, the man reportedly confessed to have slept with his daughter only once “under the influence of alcohol”, but the victim was said to have countered him, revealing that her father raped her four times.

The suspect also admitted being the father of the three month-old child.

Unity Bank Embroiled In Another Scandal, As Civil Servants Shut Down Operations Over Diversion Of Funds (Photos)

US Based Nigerian Sent To Jail For Cyber fraud, To $561,125 In Restitution

Our Pastors And S*x Scandals

WTO DG, Okonjo-Iweala Named One Time 100 Most Influential People In...