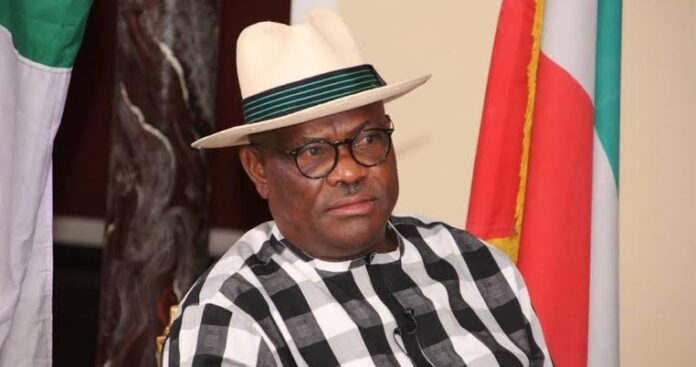 The much derided Nigerian revenue allocation formula has once again become the front burner discussion with the ongoing controversy surrounding the judgment of a Federal High Court sitting in Port Harcourt, the Rivers State capital.

The Federal High Court, in its judgment in a case brought before it by the Rivers State Government, declared that state governments and not the Federal has the right, duty and responsibility to collect Value Added Tax in their respective states. The court also barred the Federal Inland Revenue Service (FIRS) from collecting or interfering with the collection of VAT by the Rivers State government, which initiated the suit.

The judgment of the court has been hailed by many, who believed it was a major constitutional breakthrough as the federal government has usurped the duty of states in the collection of VAT, which rightfully belong to them, and rubbing Peter to pay Paul over the years.

Before the court judgment, the FIRS collected VAT in states on their behalf, while the federal government deducts 15 percent and distributes the remaining to states and local governments in the country based of the nation’s revenue allocation formula.

The revenue allocation formula, in reality, rewards lazy state governments, using number of local governments and skewed factors, to the detriment of hardworking states from where the bulk of the revenues are collected.

The nation’s revenue formula, based on mere land mass and number of local governments and not the number of human beings resident in states and the heavy burden such has placed of them, cannot but be viewed as skewed, lopsided and fraudulent. Also, to disregard the volume of economic activities in certain states, with the attendant high volume contribution in terms of revenue to the federal purse in the distribution of same, cannot be said to be fair in anyway.

Specifically, in a situation where Lagos State contributes more than 50 percent of the VAT collected in Nigeria to the Federal purse only to get far less than states that contribute less to nothing, is nothing but an aberration and gross financial injustice that further calls to question the kind of federalism being practiced in the country.

Governor Wike, smarting from the victory at the court, signed the Rivers State Value Added Tax Law, in preparation for its implementation but held back after FIRS approached the same court for stay of execution. The court has however rejected the FIRS application, paving the way for a full blast collection of VAT by the Rivers State Government.

Emboldened by the court judgment, the Lagos State Government, which is by far the greatest beneficiary of the judgment, said it was ready to Implement it to the letter.

This development, has however unsettled several state governments, especially those in the Northern part of the country. Unsettled, because of their belief that allowing states government to collect VAT directly and retain same for the benefits of their people will rob them of the free undeserved meals they have been getting for practically doing nothing!

Unsettled because of their inability to work hard and smart in developing their tax systems to take advantage of the many opportunities open to them in their various states.

It is an irony that a state government, specifically, Gombe will be rejecting the collection of VAT on the basis of lack of capacity!

The Chairman, Gombe State Internal Revenue Service, Abubakar Tata, in an interview with journalists, argued that states lacked the capacity to effectively carry out that responsibility, noting that the consumption tax states were allowed to collect had not been optimally done.

He said: “There are certain taxes that the Federal Government collects on behalf of the states because we have the Joint Tax Board account where all the collection regarding Value Added Tax is paid into and later shared based on the allocation formula. If you allow state governments to begin to collect tax, will it be effective? After all, the states have consumption tax which is five per cent of what is consumed at restaurants, event centres and other services.

“At the moment, not all the states are collecting the consumption tax because of issues like capacity, enforcement and other issues surrounding tax administration at the lower level, particularly at the state level. If you strip the Federal Government of the power to compel any company or taxpaying entity operating in Nigeria to make the payment and you give the power to states, the level of collection we are seeing at the moment will not be the same.

“At the moment, Gombe is implementing the new tax law in phases and we are distributing letters to all relevant taxpaying entities because we are expected to collect five per cent from the services they render and remit it to the Internal Revenue Service. We are, at the moment, raising awareness through the mass media.

“Assuming all states are collecting the consumption tax as it is enshrined in the state law then we can say we have the capacity and the legal framework to do it and remit the same to our Internal Revenue service.

“At the moment, we lack the capacity to execute that mandate because even the consumption tax, if you go to Rivers, go and find out how much they are able to collect under consumption tax. It’s for politics, somehow to overheat the polity and the economic stabilisation of the country as a whole.”

Though Tata initially said they lack capacity, which is no fault of Governor Wike and Rivers State, the Gombe tax boss added that the move by Rivers is to ‘overheat the economic stability of the country as a whole’.

How does doing the right thing overheat the nation’s economic stability? It’s simple; no more undeserved revenue from the federation account!

What the VAT controversy has brought to the fore is the fact that many Nigerian state governments are pure lazy and the states have become unviable. A government that cannot explore its vast human and natural resources to the advantage of its people has no use and should be discarded. What in heaven’s sake are the thousands of civil servants paid monthly doing that the government of Gombe State is complaining of lack of capacity? What kind of training are the staff of the state’s revenue service exposed to? How many times have the lacking-in-capacity states approached those that have the capacity and doing well, especially Lagos, for mentoring?

If Nigeria is to exit the current economic difficulties and dwindling resources at the disposal of state governments, we must be ready to do things differently and smartly. States must be allowed to grow at their pace and take full advantage of their own economic potentials and not be bugged down by sister states that are unwilling to move up the ladder.

Federalism can only make sense when there is fiscal independence, when states are allowed to grow using their resources for the good of their own people as opposed to the current lopsided revenue allocation that is not based on merit and level of contribution.

It must also be made clear here that a state that frowns at a particular product from another must not be allowed to enjoy the financial windfall, especially VAT from that same product. If alcohol is ‘haram’, a state like Kano and many others in the North must not have access to VAT collected on beer and other alcoholic drinks. If a product is haram, its VAT must also be haram!

Buhari, In Last Independence Day Speech, Says He Shares The Pains Of Nigeria

Terrorism: Buhari Asks Army To Do More In Intelligence Gathering