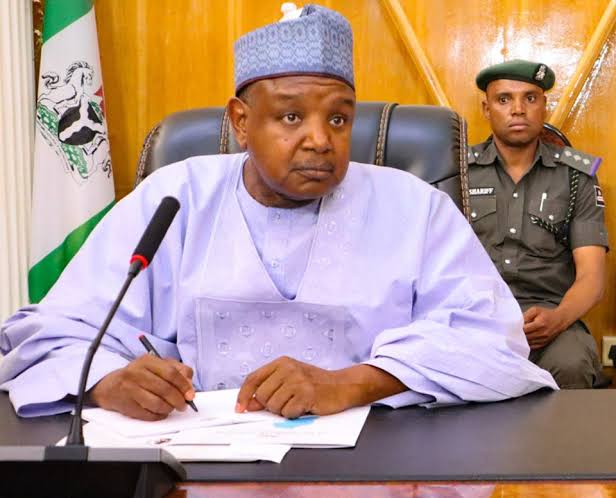 The Progressives Governors Forum (PGF), has admonished Governor Nasir el-Rufai of Kaduna State and the leadership of the Nigerian Labour Congress (NLC), to return to the negotiating table following the lockdown of the state by workers protesting mass sacking of workers by the state governor.

The PGF, in a statement on Tuesday by its Charman, Governor Atiku Bagudu of Kebbi State, contending issues like what is happening in the state are better resolved on the negotiating table than flexing muscles from both sides.

While asking the feuding parties to sheath their swords, Bagudu said though the Forum is not taking sides with any of the warring parties, they should take cognizance of the present realities in making policies and faulting policies.

He said: “The Progressive Governors Forum (PGF) has been following unfolding development between the Nigeria Labour Congress (NLC) and Kaduna State Government over the issue of rightsizing local government employees with deep concerns.

“Noting all the challenges facing all our states, especially given dwindling revenue, we appeal to all patriotic Nigerians, including the NLC, to demonstrate more commitment toward engaging governments at all levels to address problems. This is not the time for muscle flexing.

“Nigerians are already overstretched with many challenges. At this critical point of our democratic journey, there cannot be limits to engagement between all governments and citizens.

“Every step must be therefore taken to resolve the current faceoff between the Kaduna State government and the NLC.

“We appeal to both the state government and NLC to return to the negotiating table.

“In particular, we want to appeal to the NLC leadership to recognise that the burden of leadership at this point is more about responding to challenges based on the honest disposition of correcting past mistakes.

“As Progressive Governors, we share the vision of the Kaduna State government of reforming all our local governments to make them more efficient and consequently the pivot of critical development initiatives.

“At the same time, we want to appeal to the Kaduna State government, under the leadership of our colleague, Mallam Nasir el-Rufai, to take all the necessary steps to ensure the resolution of all disagreements in the larger interest of citizens in Kaduna State.

“We are confident that both the Kaduna State government and NLC will resolve all outstanding issues and restore industrial harmony in Kaduna State.”