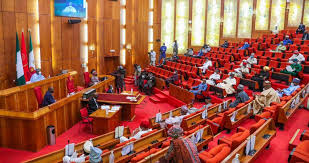 Respite may have finally come the way of graduates of polytechnic education in Nigeria as the Senate, on Wednesday passed a bill seeking to abolish the dichotomy between the Higher National Diploma (HND) certificate and the university degree holders in the country.

The bill, which was sponsored by Senator Ayo Akinyelure, passed the third reading on the floor of the Senate at plenary.

The Chairman, Senate Committee on tertiary institutions and TETFUND, Ahmad Kaita, presented the report of his committee at plenary all the amended six clauses were approved by the Senate.

There had been agitations by Nigerians for the dichotomy to be abolished over the years, as HND holders continued to be treated as holding inferior qualification compared to holders of university degrees.

Osun Election Is A Reflection Of The Will Of The People...