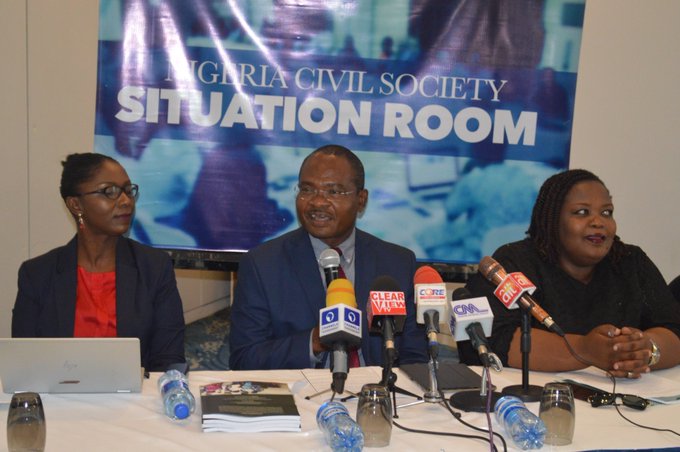 The Nigeria Civil Society Situation Room, a coalition of over 70 civil society organisations has called on political leaders in the country to resign if they can no longer guarantee the welfare and security of Citizens.

The group, which also raised fears that the 2023 general elections are endangered with the spate of insecurity in the country, in a statement by its convener, Ene Obi and two co-conveners, Asma Joda and James Ugochukwu, said it was imperative to hold state governors to account on the use of their security votes.

The statement read in part: “The security situation in Nigeria is deteriorating and manifesting in the form of banditry, kidnappings, posing a major threat for the 2023 general elections.

“Situation Room calls on the Federal Government to take immediate and effective steps and action to improve public safety and security as well as reassure vulnerable communities of credible measures of their protection.

“It is imperative to hold state governors to account on the use of their security votes at this time. Leaders who are no longer able to guarantee the welfare and security of citizens should resign from government.’