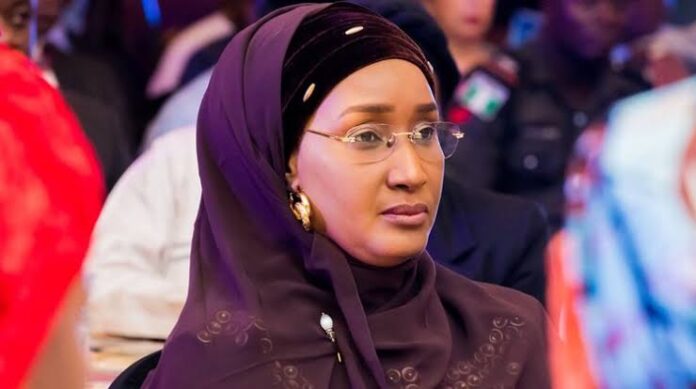 For saying Bayelsa State is not the most flood impacted state in the country, members of the House of Representatives from the Niger Delta have asked the Minster of Humanitarian Affairs, Sadiya Farouq to resign.

The lawmakers were reacting to comments by the minister that data provided showed Jigawa State was the most flood impacted state in the country.

The Niger Delta lawmakers, who spoke at a media briefing in Abuja on Monday, however described the data as insulting.

The lawmakers added that should the minister refuse to resign, President Muhammadu Buhari should sack her.

The lawmaker representing Sagbama Ekeremor Constituency, Frederick Agbedi, who spoke on behalf of the other lawmakers said: “We call on the Minister of Humanitarian Affairs, Disaster Management and Social Development to honourably resign her appointment as a minister of the Federal Republic of Nigeria, failing which Mr President should relieve her of her appointment immediately.

“We the Niger Delta members of the house of representatives, strongly and unequivocally condemn in strong terms, the statement credited to the honourable minister as insensitive, unpatriotic and unnationalistic. While we are not denying the fact that other states in the federation are also affected, the comparison and figures given by the honourable minister show a glaring attempt to downplay the harsh reality on ground.

Agbedi, who queried the minister for showing no empathy to the flood victims, added: “The figures are not only an insult to the good people of Bayelsa state but to all the victims of the flood who have gone through the trauma of braving the elements by sleeping outside on dugout canoes, rooftops and floodwater floors.

“The honourable minister instead of visiting the affected areas to get firsthand information and empathise with the victims, is relying on some armchair statistician from far away Abuja to paint a fake picture to Nigerians. It is unfortunate that a state like Bayelsa which contributes massively to the economy of the nation is abandoned in its time of need.”

How my ex-husband, Gbadamosi conspired to frame me for threat to...