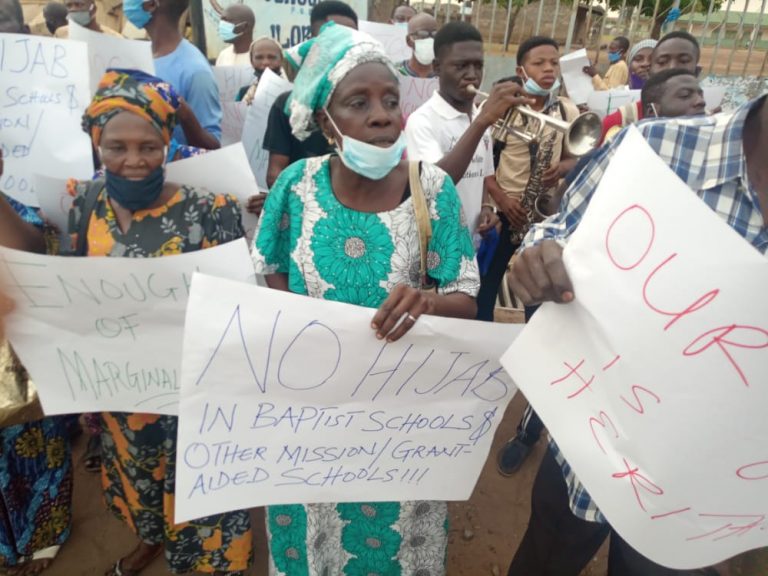 A religious crisis may be brewing in Ilorin, the Kwara State capital, as Christians and Muslims on Wednesday clashed over the wearing of hijab by Mislim students to mission schools.

NaijaNewsNow reports that tension has been building in the town over the insistence of Muslims that their children attending Christian mission schools be allowed to wear hijab on top of their uniforms. The growing tension led to the closure of 10 schools affected by the state government, which had sanctioned the demand of the Muslims.

However, things came to a head on Wednesday, when the schools were reopened with protesting Christians stopping hijab wearing students from entering the Baptist School, in the Surulere area of Ilorin. This led to an altercation between Christians and Muslims, as they hauled objects at one another, before security agents brought some sanity.

The protesting Christians displayed placards with various inscriptions such as ‘No Hijab in Baptist Schools and all mission/grant-aided schools’, ‘Otoge, give us back our schools, among others, with similar protest also going on at the C&S College in the Sabo-Oke area of the town.