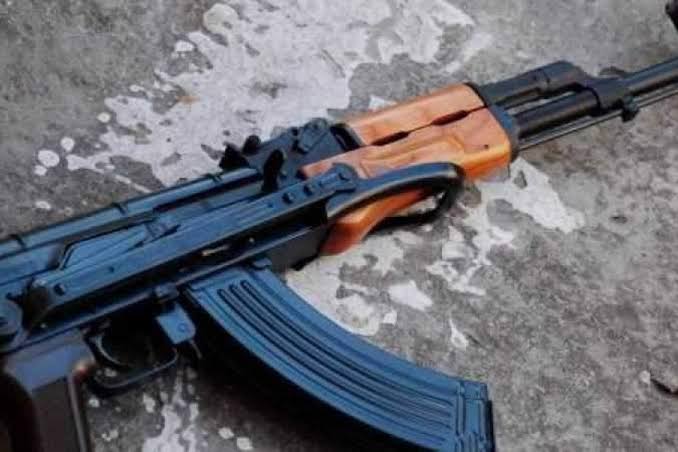 Operatives of the Monitoring Unit of the Oyo State Police Command have recovered an AK-47 rifle from a suspected gunrunner who was reported to have evaded arrest.

The security operatives, led by the Commander, CSP Olusola Aremu, were said to have intercepted the riffle while they were on stop-and-search duty at Bakatari, a community between the boundaries of Oyo and Ogun states.

According to a statement by the Police Public Relations Officer in the Oyo State Command, DSP Adewale Osifeso, the gunrunner fled with his Bajaj motorcycle when he spotted the tactical security team from a distance while they were on routine checks.

Osifeso further said that the men responded by swiftly going after the suspect into the pathway leading to a nearby forest, during which a sack fell off the suspect’s motorcycle.

He said: “A cursory look into the content of the sack revealed it was an AK-47 rifle with breech number 353913.

“Comprehensive investigations are ongoing, not only to apprehend the suspect but to crackdown his criminal network and supply chain.

“The Commissioner of Police, Oyo State Police Command, Ngozi Onadeko, enjoins the good people of the state to partner with the police in terms of sharing credible and timely information, valuable in curbing criminality and birthing a peaceful Oyo State of our collective dreams.”

We Did Not Oppose Presidency Going South In 2023, el-Rufai Clarifies Northern Govs Position

23-Yr-Old Web Developer Narrates His Ordeal In The Hands Of Kidnappers...