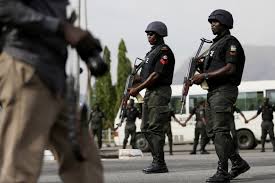 The Zamfara State Police Command on Sunday said it neutralised several bandits in the state on Saturday night when they attempted to attack Magami village of Gusau Local Government Area of the state.

The state Police Public Relations Officer, Shehu Mohammed, who stated this in a statement on Sunday, said: “Yesterday night, the command received a report that bandits in their large numbers stormed Magami town in Gusau LGA with intent to attack the community.

“The Commissioner of Police, CP Hussaini Rabiu, directed Police Tactical units, comprising of PMF/CTU/Special forces and Operation Puff Adder based in the area to synergise and ensure protection of lives and property of the people.

“The tactical units moved in courageously and engaged the assailants to a gun duel. As a result of the encounter, the attack was successfully repelled, while unspecified number of bandits were neutralised with many of them escaping with possible gun shot wounds,” Shehu said.

The police spokesman however said that “two of our their operatives paid the supreme price while defending the innocent members of the communities, but there was no loss of live in the communities”.

The state Commissioner of Police, according to Shehu, has deployed additional tactical operatives to the area to complement ongoing bush combing operations aimed at forestalling further attacks on the nearby villages.

“The CP reiterates his warning to all recalcitrant bandits in the state to either surrender their arms and embrace peace or face the consequences of their actions.

“The CP also urged police operatives in the command to aggressively defend themselves and the community in any engagement with bandits and ensure that they dominate the ungoverned spaces on a continuous basis,” the statement added.

Kick Against Those Seeking To Be President By Proxy, Obi-Datti Campaign Urges Nigerians

Students To Remain At Home As ASUU NEC Fails To Consider...