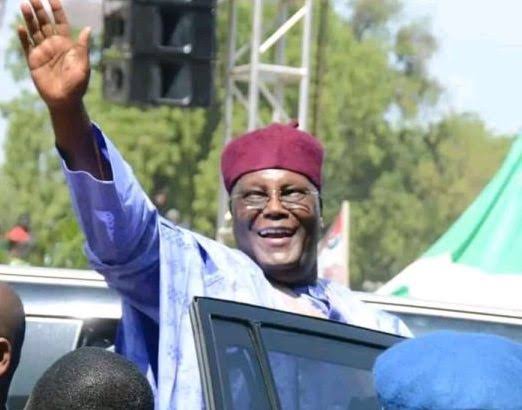 The Borno State Police Command has described as false, reports of an attack on the convoy of the presidential candidate of the Peoples Democratic Party, Atiku Abubakar.

The state police command was reacting to a report by a PDP chieftain, Dino Melaye, that Atiku’s convoy was attacked when the former Vice President was disembarking the venue of the rally in Borno State on Wednesday.

According to Melaye, “over 100 vehicles were allegedly vandalised by hoodlums from different political parties and about 74 persons hospitalised.”

He said: “The news of the attack on Atiku Abubakar’s convoy was not only fake but a false and mischievous attempt at confusing Nigerians.

“There was no attack on Atiku’s convoy.”

He however said that the police paraded one Danladi Musa Abbas, 32, for “attempting to disrupt the escort of the presidential candidate on the way to the airport,” adding that, “he was arrested with a stone, and on sighting the police, he ran into a church where he was arrested.

According to Shatambaya, the command is hunting for his other accomplices.

Oil Theft Has Been On Since 1972, Clark Disputes Claims By...