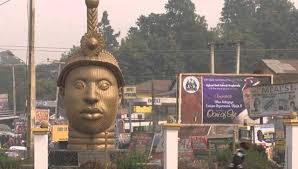 The Osun State Police Command has denied reports of an alleged fresh crisis in Ife and Modakeke communities of the state on the night of Sunday May 16, 2021.
The spokesperson of the state police command, Yemisi Opalola made the denial in a statement released on Monday, titled, ‘Osun Police debunks report of fresh crisis in Ife/Modakeke – Police’.

According to Opalola, the local vigilantes guiding the area were on their routine show of force to alert the people of the community of their presence and assure them of safety.

The statement read: “It has become increasingly necessary to keep you abreast of the incident that occurred in Modakeke last night, 16th May, 2021 and has been trending on social media.

“I want to categorically state that, it was an erroneous belief that some people came to attack people from Famia axis. The news was fake and a blatant lie!

“The true situation as gathered is that; the local vigilantes guiding the area against thieves and hoodlums were on their routine show of force as any other places, to alert the people of community of their presence and assure them of safety. But because of what happened recently, people became apprehensive, thinking they were under attack.”

The statement also quoted the Commissioner of Police, Olawale Olokode, as assuring the people of Osun of his “unrelenting commitment to ensure adequate security of the state, which he is overseeing without any fear of attack or molestation”.

We Will Not Issue Statements About Tinubu’s Whereabouts Again – Keyamo